Quote of the Week by William Klein 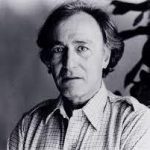 “My photographs are the fragments of a shapeless cry that tries to say who knows what… What would please me most is to make photographs as incomprehensible as life.” —William Klein (1928)

William Klein is an American artist and filmmaker known for his unconventional style of abstract photography depicting city scenes. Although similar in subject matter to other street photographers such as Diane Arbus and Saul Leiter, as well as fashion photographers Irving Penn and Richard Avedon, Klein’s images break from established modes. Born  in New York, NY, Klein studied painting and worked briefly as Fernand Léger’s assistant in Paris, but never received formal training in photography. His fashion photographs have been featured prominently in Vogue magazine, and has also been the subject of several iconic photo books, including Life is Good and Good for You In New York (1957) and Tokyo (1964). In the 1980s, he turned to film projects and has produced many memorable documentary and feature films, including Muhammed Ali, The Greatest (1969). His works are held in the collections of The Museum of Modern Art in New York, the National Gallery of Art in Washington, D.C., and the Art Institute of Chicago, among others.