Quote of the Week by Walker Evans 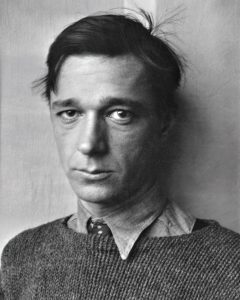 “The secret of photography is, the camera takes on the character and personality of the handler.” —Walker Evans (1903-1975)

Walker Evans is one of the most influential photographers from the 20th Century, best known for documenting the effects of The Great Depression in 1929. The result of this was Let Us Now Praise Famous Men, which explored the lives of sharecroppers in the American South. In 1938, the Museum of Modern Art published his first book, American Photographs, a set of 87 images exploring the various vistas of the United States. Some of his other books include Many Are Called (1966), Message from the Interior (1966), Walker Evans: A Getty Museum Collection (1971) and others.