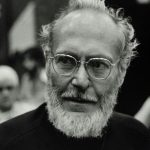 “Up to and including the moment of exposure, the photographer is working in an undeniably subjective way. By his choice of technical approach, by the selection of the subject matter…and by his decision as to the exact cinematic instant of exposure, he is blending the variables of interpretation into an emotional whole.” —W Eugene Smith (1918-1978)