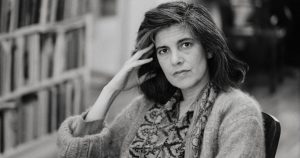 “As photographs give people an imaginary possession of a past that is unreal, they also help people to take possession of space in which they are insecure.” —Susan Sontag (1933-2004)