Quote of the Week by Sally Mann 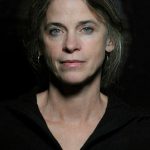 “Art is seldom the result of true genius; rather, it is the product of hard work and skills learned and tenaciously practiced by regular people.” —Sally Mann (1951)

Sally Mann is one of America’s most renowned photographers. She is best known for her black and white portraits of her family and documentation of the landscape of the American South. Her most famous series Immediate Family (1984–1994), which depicts her three children, who were then all under the age of 10, explores the time between childhood and adolescence. She has received numerous awards, including NEA, NEH, and Guggenheim Foundation grants. Her many books include At Twelve (1988), Still Time (1994), What Remains (2003), Deep South (2005), Proud Flesh (2009), among others. In 2001 Mann was named “America’s Best Photographer” by Time magazine.