Quote of the Week by Peter Lindbergh 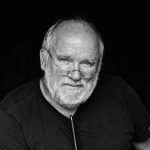 “Photography gives you the opportunity to use your sensibility and everything you are to say something about and be part of the world around you. In this way, you might discover who you are, and with a little luck, you might discover something much larger than yourself.” —Peter Lindbergh (1944-2019)

Peter Lindbergh was born in Lissa, Germany. He is best known for his cinematic images. He introduced a form of new realism by redefining the standards of beauty with his work. He is the first fashion photographer to incorporate a narrative in his fashion series. He works with international editions of Vogue, Rolling Stone, Harper’s Bazaar US, and several others publications. Several Fine Arts museums around the world feature his work as a part of their permanent collections. He has also directed films and documentaries such as Models, The Film (1991), and Inner Voices (1999).