Quote of the Week by Paul Strand 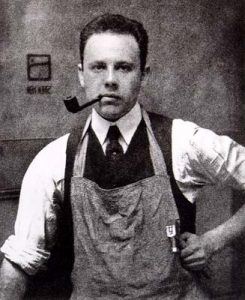 “Your photography is a record of your living—for anyone who really sees. You may see and be affected by other people’s ways, you may even use them to find your own, but you will have eventually to free yourself of them.” —Paul Strand (1890-1976)

Paul Strand was a pioneer of early American modernist photography and filmmaking. Influenced by renowned documentarian Lewis Hine, Strand not only treated photography as an art form, but also used it for activism with his central role in establishing the New York Photo League. Some of his most famous works are Wall Street and The Plow that Broke the Plains.