Quote of the Week by Paul Caponigro 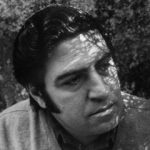 “At the root of creativity is an impulse to understand, to make sense of random and often unrelated details. For me, photography provides an intersection of time, space, light, and emotional stance. One needs to be still enough, observant enough, and aware enough to recognize the life of the materials, to be able to ‘hear through the eyes.'” —Paul Caponigro (1932)

Born in Boston in 1932, Paul Caponigro is one of America’s foremost landscape photographers. He had his first solo exhibition at the George Eastman House in 1958 and his work has been shown in numerous exhibitions throughout the United States and abroad. Throughout the 1960s he was a part-time teacher at Boston University while consulting on various technical research projects with the Polaroid Corporation. He has received two Guggenheim Fellowships and three National Endowment for the Arts (NEA) grants. In recognition of a career spanning nearly seventy years and a sustained, significant contribution to the art of photography, Caponigro was awarded The Royal Photographic Society’s Centenary Medal and Honorary Fellowship in 2001.