Quote of the Week by Nan Goldin 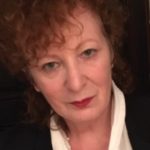 “I used to think that I could never lose anyone if I photographed them enough. In fact, my pictures show me how much I’ve lost.” —Nan Goldin (1953)

Nan Goldin is an American photographer who is most notable for her photographic work on the LGBT community. Later, her photographs shifted to documenting the abuse, drug addiction amongst many other themes that formed the series, The Ballad of Sexual Dependency. In 1994, she came out with Tokyo Love, a series of images exploring the youth in Tokyo. For this, she collaborated with Japanese photographer, Nobuyoshi Araki.