Quote of the Week by Michael Kenna 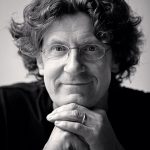 “Nothing is ever the same twice because everything is always gone forever, and yet each moment has infinite photographic possibilities.” —Michael Kenna (1953)

Michael Kenna is a British photographer best known for his black-and-white images of unpopulated landscapes and urban scenes. Often employing long exposure times that he further emphasizes in the darkroom, Kenna’s work is both picturesque and mysterious. Throughout his practice, Kenna is more inspired by earlier photographers, such as Eugène Atget and Alfred Stieglitz, than by his contemporaries. Born in 1953 in Lancashire, England, he originally intended on becoming a priest, but was ultimately drawn to art. He attended the London College of Printing, where he learned commercial photography techniques. Kenna moved to San Francisco in 1977 and began exhibiting in local galleries, developing his hallmark subject matter and high-contrast black-and-white aesthetic. He attributes his technical breakthroughs in the medium to his time spent working as a printing assistant for the famed photographer Ruth Bernhard. Today, Kenna’s works are in the collections of the National Gallery of Art in Washington, D.C., the Victoria & Albert Museum in London, and the Bibliotheque Nationale in Paris, among others.