Quote of the Week by Man Ray 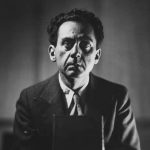 “Nature does not create works of art. It is we, and the faculty of interpretation peculiar to the human mind, that see art.” —Man Ray (1890-1976)

Man Ray was an American avant-garde artist and leading figure in the Dada and Surrealist movements. A pioneer in painting, film, and collage, he is best known for his black-and-white photographs. While living in New York, he befriended Marcel Duchamp and picked up photography through his association with Alfred Stieglitz. In 1921, the artist moved to Paris, where he joined the French cohort of Jean Arp, Max Ernst, André Masson. After waiting out World War II in New York, he returned to Europe in 1951. His popular autobiography Self Portrait was published in 1963. Currently, the artist’s works are held in the collections of the J. Paul Getty Museum in Los Angeles, the National Gallery of Art in Washington, D.C., the Musée d’Orsay in Paris, and The Museum of Modern Art in New York, among others.