Quote of the Week by Josef Koudelka 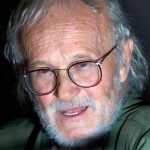 Josef Koudelka is a Czech-born French photographer known for his dramatic black-and-white images which address a variety of social and political issues. Throughout his career, he has documented a number of landmark historical events include the Prague Spring and the Israeli-Palestine conflict. He is also commonly associated with his depictions of Gypsy culture, which emphasized the mixture of joy and persecution experienced by their community. Koudelka’s works are currently held in the collections of The Museum of Modern Art in New York, the Art Institute of Chicago, the Los Angeles County Museum of Art, and the Victoria and Albert Museum in London, among others. Koudelka lives and works in Paris, France.