Quote of the Week by Jacques Henri Lartigue 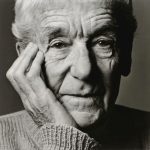 “What’s so incredibly amusing with photography is that while seemingly an art of the surface, it catches things I haven’t even noticed. And it pains me not to have seen things in all their depth.” —Jacques Henri Lartigue (1894-1986)

Jacques Henri Lartigue was a French photographer and painter, best known for his depictions of car races, early aviation, and Parisian fashion models. Throughout a uniquely eclectic practice, he used many different formats of film to photograph a range of sporting events in an informal style that captured a dynamic sense of movement and athleticism. Born in 1894, Courbevoie, France, to an affluent family, Lartigue afforded time to build race cars, oil paint, and learn the mechanics of photography from an early age. He came into art world prominence in the 1960s, and went on to exhibit his works at The Museum of Modern Art in New York, and his images were published by LIFE magazine. During his life, he was friends with influential artists such as Jean Cocteau, Pablo Picasso, and Kees van Dongen, and has served as an important influence to later filmmakers, notably Wes Anderson. Lartigue’s work can be found in the collections of the Art Institute of Chicago, the Musée d’Orsay in Paris, the National Gallery of Art in Washington, D.C., and the Los Angeles County Museum of Art, among others.