Quote of the Week by Imogen Cunningham 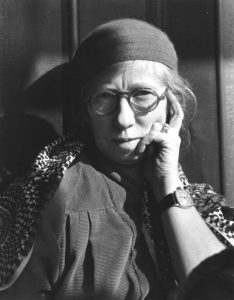 Imogen Cunningham was an American photographer who is best known for her portraits and her images of plant life. She was a member of Group f/64, along with photographers such as Edward Weston and Ansel Adams. In the early 1930s, Cunningham worked briefly for Vanity Fair and produced portraits of entertainers and celebrities. After the breakup of Group f/64, she ran a successful portrait gallery and taught at several California art schools. Cunningham was awarded a Guggenheim Fellowship, and an honorary doctorate by the California College of Arts and Crafts in Oakland. Her photographs have been displayed at the Dallas Art Museum, the E. B. Crocker Art Gallery in Sacramento, CA, and the Witkin Gallery in New York City, among others.