Quote of the Week by Herb Riits 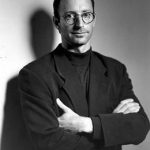 Herb Ritts was an American photographer known for his celebrity portraiture and evocative nudes from the 1980s and 1990s. In addition to his still images, Ritts also directed iconic music videos for musicians such as Madonna, Janet Jackson, and Chris Isaak. Born in Los Angeles, CA, Ritts graduated from Bard College with a BA in both economics and art history. Returning to Los Angeles to work as a salesman in 1978, he began his photography career contributing pictures of his friend Richard Gere to Esquire, Vogue, and Mademoiselle. His blend of popular culture and dramatic black and white aesthetic established a unique voice in the industry.  In 2012, the artist was the subject of a major retrospective at the J. Paul Getty Center in Los Angeles titled “Herb Ritts: L.A. Style.” Today, his works are held in the collections of the Museum of Fine Arts in Boston, the Los Angeles County Museum of Art, and the Museum of Contemporary Photography at Columbia College in Chicago.