Quote of the Week by Graciela Iturbide 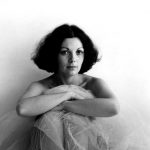 “I think that any photographer is an investigator. Photography is a pretext to know the world, to know life. To know yourself.” —Graciela Iturbide (1942)

Graciela Iturbide is a Mexican photographer known for her black-and-white images of local people in her native country. She most often depicts women, believing them to embody independence and sexuality, and in 1979 she notably published Juchitán de las Mujeres, a book of photographs that inspired her lifelong support of feminist causes. Iturbide has photographed the Sonora Desert and Juchitán de Zaragoza, Mexico as well as in Cuba, Panama, India, Argentina, and the United States. She went on to study film at the Centro de Estudios Cinematográficos at the Universidad Nacional Autónama de Mexico in 1969, where she came under the influence of acclaimed Mexican photographer Manuel Álvarez Bravo. Iturbide went on to work as Bravo’s photography assistant, and his methods and aesthetics have had a lasting effect on her photography practice. She is the recipient of the Guggenheim Fellowship and the Hasselblad Foundation Photography Award, and her works are in the collections of The Metropolitan Museum of Art in New York, the Los Angeles County Museum of Art, and The Museum of Modern Art in New York, among others.