Quote of the Week by Eve Arnold 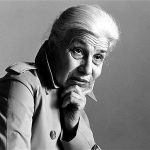 “If a photographer cares about the people before the lens and is compassionate, much is given. It is the photographer, not the camera, that is the instrument.” —Eve Arnold (1912-2012)

Eve Arnold began her photographic pursuits while working in a New York City photo-finishing plant in 1946, and soon after began studying with Alexei Brodovitch, a noted art director at Harper’s Bazaar. Capturing the most glamorous and famous faces of the last century, including Malcolm X, Marilyn Monroe, and Jackie Kennedy, Arnold served as the official photographer on 40 movie sets. She received many other honours and awards. In 1995, she was made a fellow of the Royal Photographic Society and elected Master Photographer by New York’s International Center of Photography. In 1996, she received the Kraszna-Krausz Book Award for In Retrospect. The following year she was granted honorary degrees by the University of St Andrews, Staffordshire University, and the American International University in London; she was also appointed to the advisory committee of the National Museum of Photography, Film & Television in Bradford, UK. She has had twelve books published.