Quote of the Week by Edward Weston 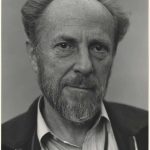 “To consult the rules of composition before making a picture is a little like consulting the law of gravitation before going for a walk.” —Edward Weston (1886-1958)

Edward Weston was a seminal American photographer whose radical approach to composition, lighting, and form changed the history of the medium. The photographs Shell (1927), and Pepper No. 30 (1930), evinces Weston’s ability to transform landscapes, portraits, and still lifes into visual enigmas. He was given his first camera by his father at the age of 16, which sparked a lifelong interest. Weston enrolled at the Illinois College of Photography after having failed to start a photography career in California without a degree. Finishing the course in six months, he returned to California better prepared and began working as an assistant in portrait studios around Los Angeles. Weston opened his own studio in 1909, where he would work for the next 20 years. In 1932, he helped form the influential Group f/64 alongside Ansel Adams, Willard Van Dyke, Imogen Cunningham, and Sonya Noskowiak. The purpose of the group was to further their common aesthetic interests by establishing a formal rubric for photography. Over the course of his career, his style shifted from the Pictorialist’s blurred painterly effects to the crisply focused images of Alfred Stieglitz. Today, his works are held in the collections of the J. Paul Getty Museum in Los Angeles, The Museum of Modern Art in New York, the National Gallery of Art in Washington, D.C., and the Art Institute of Chicago, among others.