Quote of the Week by David LaChapelle 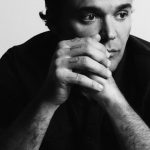 “The key is to photograph your obsessions, whether that’s old people’s hands or skyscrapers. Think of a blank canvas, because that’s what you’ve got, and then think about what you want to see. Not anyone else.” —David LaChapelle (1963)

David LaChapelle is a celebrated American photographer and video artist. He is perhaps best known for his commercial fashion portraits of celebrities and models, including photos of Amanda Lepore and Angelina Jolie. LaChapelle’s signature blend of colorful, conceptual imagery bears the influence of both Surrealism and Pop Art. An avid consumer of pop culture, LaChapelle is also inspired by the breadth of art history, frequently evoking the compositions or poses of Renaissance paintings. Born on March 11, 1963 in Fairfield, CT, LaChapelle’s early work was noticed by Andy Warhol, who then offered him a job at Interview Magazine in the 1980s. His photographs are included in the collections of the Los Angeles County Museum of Art, the National Portrait Gallery in London, and the Tel Aviv Museum of Art, among others.