Quote of the Week by Daido Moriyama 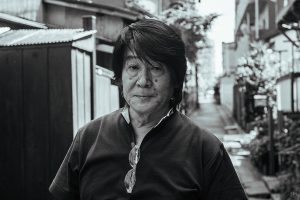 “For me, photography is not a means by which to create beautiful art, but a unique way of encountering genuine reality.” —Daido Moriyama (1938).

Daido Moriyama is a Japanese street photographer best known for his confrontational, black-and-white images depicting the contrast of traditional values and modern society in postwar Japan. Moriyama studied graphic design before taking lessons with photographer Takeji Iwamiya. Moving to Tokyo in 1961, he worked as an assistant to the experimental filmmaker and photographer Eiko Hosoe, and began producing and publishing his own collections of street photography. In 1967, Moriyama was awarded the New Artist Award from the Japan Photo-Critics Association. His work is held in the collections of The Museum of Modern Art in New York, the Fotomuseum Wintherthur in Switzerland, the Centre Georges Pompidou in Paris, and the Tokyo Metropolitan Museum of Photography, among others.