Quote of the Week by Cecil Beaton 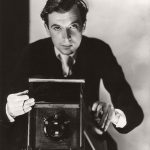 “Be daring, be different, be impractical, be anything that will assert integrity of purpose and imaginative vision against the play-it-safers, the creatures of the commonplace, the slaves of the ordinary.” —Cecil Beaton (1904–1980)

Cecil Beaton was a British photographer and designer best known for his elegant photographs of high society. Working within a cinematic approach, his black-and-white images are characterised by their staged poses and imaginative sets. Beaton’s costume and stage designs won him three Academy Awards, including one for My Fair Lady (1964). Beaton was hired by numerous publications, including Condé Nast, Vanity Fair, and Vogue. During World War II, his focus shifted to documenting the realities of war throughout the United Kingdom and Europe, forging a prolific and varied career. His works can be found in The Museum of Modern Art in New York, the Los Angeles County Museum of Art, and the National Portrait Gallery in London, among others.