Quote of the Week by Carrie Mae Weems 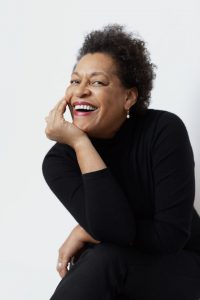 “Photography can still be used to champion activism and change. I believe this, even while standing in the cool winds of postmodernism… Postmodernism looked radical, but it wasn’t. As a movement, it was profoundly liberal and became a victim of itself. Precisely at this historical moment, when multicultural democracy is the order of the day, photography can be used as a powerful weapon toward instituting political and cultural change. I for one will continue to work toward this end.” —Carrie Mae Weems (1952)

Carrie Mae Weems is a contemporary American artist. Working in photography and video, her work confronts issues of racism, gender, politics, and identity, particularly those in African American communities. Weems is particularly interested in using the visual language of documentary photography, blending it with narrative fictional scenes to challenge her audience’s preconceptions and to force political and social change. Born in Portland, OR, she went on to study dance with the Postmodern dancer Anna Halprin, eventually receiving her MFA from the University of California San Diego. In 2014, Weems was the subject of a major retrospective at the Guggenheim in New York titled “Three Decades of Photography and Video,” which notably featured her early Kitchen Table Series (1990), a groundbreaking investigation of African American stereotypes. Weems’ work can be found in the collections of the Metropolitan Museum of Art in New York, the Museum of Contemporary Art, Los Angeles, the Guggenheim Museum in New York, and the Museum of Fine Arts in Houston, among others. The artist lives and works between Syracuse and Brooklyn, NY.