Quote of the Week by Berenice Abbott 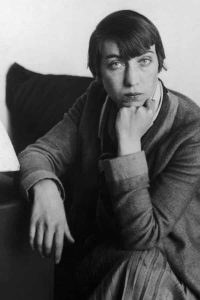 “A photograph is or should be a significant document, a penetrating statement, which can be described in a very simple term–selectivity. To define selection, one may say that it should be focused on the kind of subject matter which hits you hard with its impact and excites your imagination to the extent that you are forced to take it. Pictures are wasted unless the motive power which impelled you to action is strong and stirring. The motives or points of view are bound to differ with each photographer, and herein lies the important difference which separates one approach from another. Selection of proper picture content comes from a fine union of trained eye and imaginative mind.” —Berenice Abbott (1898–1991)

Berenice Abbott was a pioneering American documentary photographer. Abbot is best known for her series Changing New York (1936–1938), which captured the architecture and shifting social landscape of the city during the Great Depression as a part of the WPA’s Federal Art Project. Born on July 17, 1898 in Springfield, OH, Abbott briefly attended Ohio State University before dropping out and moving to New York. Living in Greenwich Village, she became interested in sculpture and later travelled to Europe to study art in both Paris and Berlin. Her introduction to photography came when she made contact with the famed Surrealist Man Ray, who hired her as a darkroom assistant in 1923. Upon return to New York in 1929, Abbot began documenting the city in the manner of her of one of her major influences Eugène Atget. Today, Abbott’s photographs are held in the collections of The Museum of Modern Art in New York, the J. Paul Getty Museum in Los Angeles, and the Walker Art Center in Minneapolis, among others.