Quote of the Week by Ansel Adams 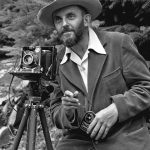 Ansel Adams was an iconic American photographer known for his awe-inspiring black-and-white photographs of the American West. His picturesque images of Yosemite National Park are some of the most iconic works in the history of the medium. Adams was trained as a concert pianist before he turned to photography in 1930. Along with Edward Weston and Imogen Cunningham, he formed Group f/64 with the goal of elevating photography to high art at a time when it was only considered a form of documentation. A committed environmentalist, he travelled throughout the country to capture the grandeur of natural sites. Today, the artist’s works are held in the collections of The Museum of Modern Art in New York, the National Gallery of Art in Washington, D.C., the Los Angeles County Museum of Art, and the Victoria and Albert Museum in London, among others.