Quote of the Week: Bill Brandt 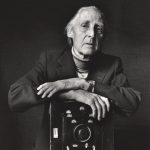 “It is part of the photographer’s job to see more intensely than most people do. He must have and keep in him something of the receptiveness of a child who looks at the world for the first time or of the traveler who enters a strange country We are most of us too busy, too worried, too intent on proving ourselves right, too obsessed with ideas to stand and stare Very rarely are we able to free our minds of thoughts and emotions and just see for the simple pleasure of seeing. And so long as we fail to do this, so long will the essence of things be hidden from us.” —Bill Brandt (1904-1983)

Bill Brandt was a famous German-born British photographer and photojournalist. Best known for documenting British life in the 20th century, he often focused on night scenes, family life, portraits of artists, and the struggles of working-class people. One of his most celebrated series depicts coal miners from northern Great Britain during the Depression, with Coal Searcher Going Home to Jarrow among the most well-known. Though he was born on May 2, 1904 in Hamburg, Germany, Brand later disowned his German heritage and claimed that he was born in London. He initially began studying photography while recovering from tuberculosis in a sanatorium, and was later introduced to Man Ray in Paris where he came under the influence of the Surrealists and the work of French photographer Eugène Atget. After the war, he adopted an Expressionist style and often employed wide-angled lenses, especially in his Pespective of Nudes series. Today, Brandt’s works are in the collections of the Art Institute of Chicago, The Museum of Modern Art in New York, the Tate Gallery in London, among others.