Quote of the Day by Edward Steichen 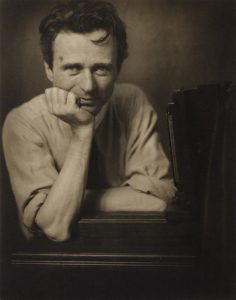 “A photograph is worth a thousand words, provided it is accompanied by only ten words.” —Edward Steichen (1879-1973)

Edward Steichen was one of the most influential figures in photography. Born in Luxembourg, Europe, he migrated to the United States in 1881. He took up photography in 1896, and while practicing painting in Paris, Steichen met Rodin, who introduced him to modern art movements. By 1902, he had co-founded the Photo-Secession, as well as designed the first cover of Camera Work. During his lifetime, Steichen was bestowed with numerous awards, including a Knighthood in the French Legion of Honor, an Honorary Fellowship in the Royal Photographic Society, and the Presidential Medal of Freedom.