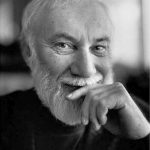 “Photography is inextricably linked with life; the photographer is not invisibly behind the camera but projecting a life-attitude through the lens to create an interference pattern with the image. Who he is, what he believes, not only becomes important to know intellectually, but also becomes revealed emotionally and visibly through a body of work.” —Bill Jay (1940-2009)