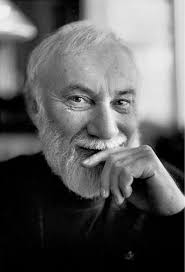 “Photographers have already photographed everything too many times, except cheese.”  —Bill Jay (1940-2009)