Nominees of the World Press Photo Story of the Year 2020

Nominees the World Press Photo Story of the Year 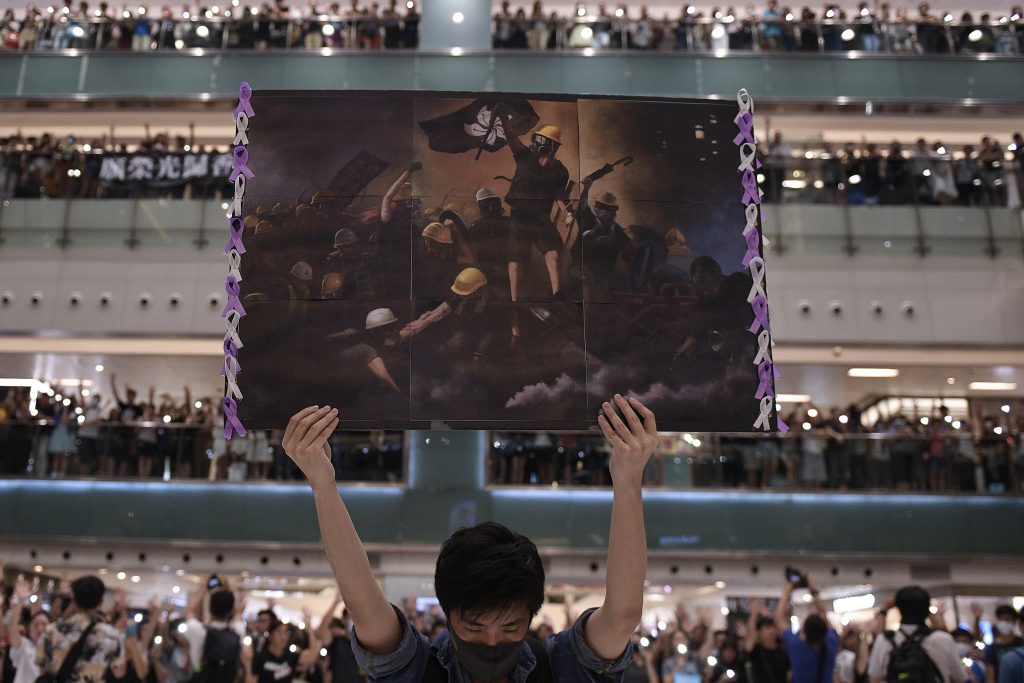 A man holds a poster in Shatin, Hong Kong, as people gather to sing ‘Glory to Hong Kong’, a protest song which gained popularity in the city as an unofficial anthem, on 11 September 2019. (Photo by Nicolas Asfouri/AFP) 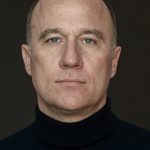 Hong Kong Unrest: Protests began in Hong Kong at the end of March in response to government proposals to amend existing legislation and allow extradition to mainland China. Anti-government demonstrations gathered momentum over the following weeks as pro-democracy groups united, with students playing a large role in protests and in human-chain rallies. On 12 June, tens of thousands of demonstrators gathered around the Legislative Council building ahead of a debate on the extradition laws, and met with violent opposition from police. Protests continued to escalate, both in frequency and size, as did police countermeasures. The authorities banned the wearing of face masks, and at a demonstration on 1 October, the day marking the 70th anniversary of the declaration of the People’s Republic of China, police fired live ammunition at protesters for the first time. After initially proposing postponements and amendments to legislation, Chief Executive of Hong Kong Carrie Lam eventually announced that she would withdraw the bill. This was done on 23 October, but protesters’ demands had broadened to include implementation of genuine universal suffrage and release of arrested protestors, and unrest continued into 2020. 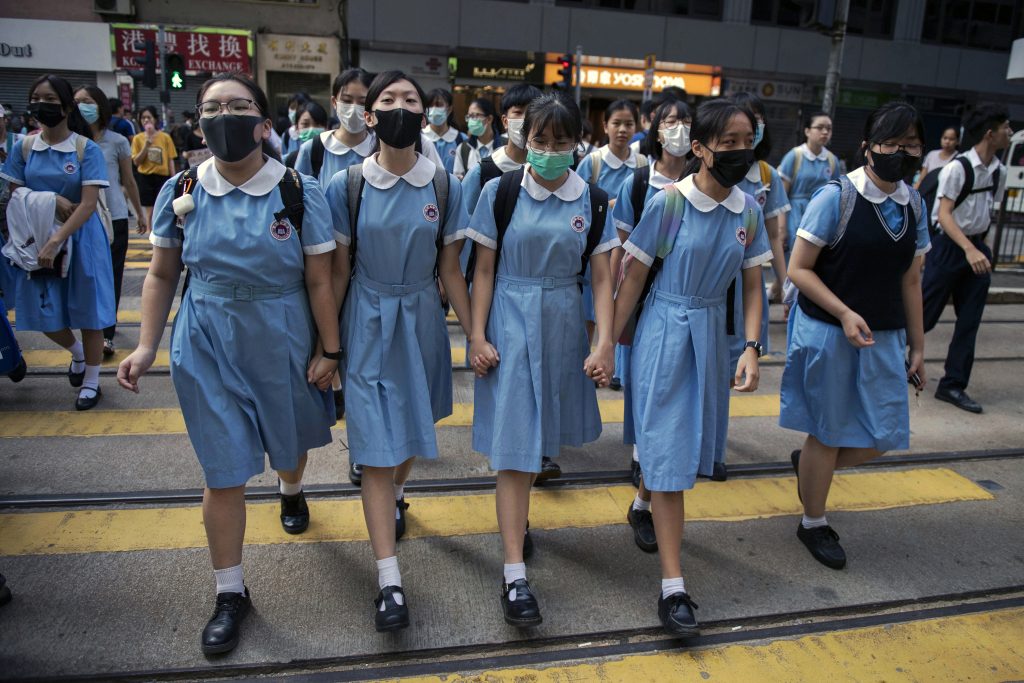 Students cross a road to school in Hong Kong after participating in a human-chain rally, on 12 September 2019. (Photo by Nicolas Asfouri/AFP) 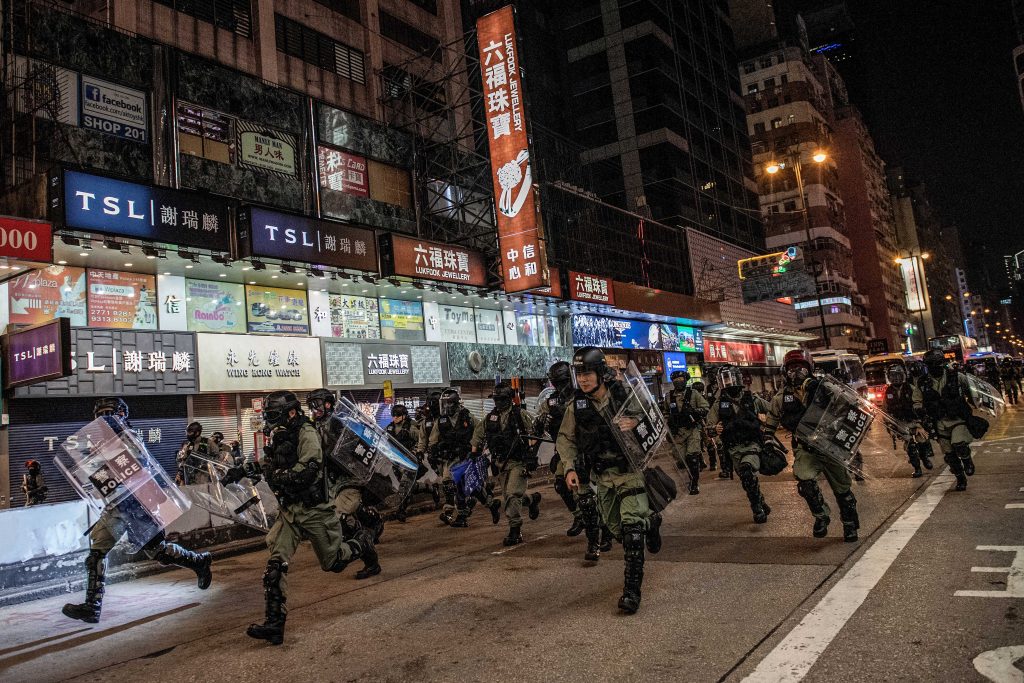 A woman holds up an umbrella (a symbol of protest) during demonstrations in the Causeway Bay district of Hong Kong, on 1 October 2019, the day police first used live ammunition against protestors. (Photo by Nicolas Asfouri/AFP) 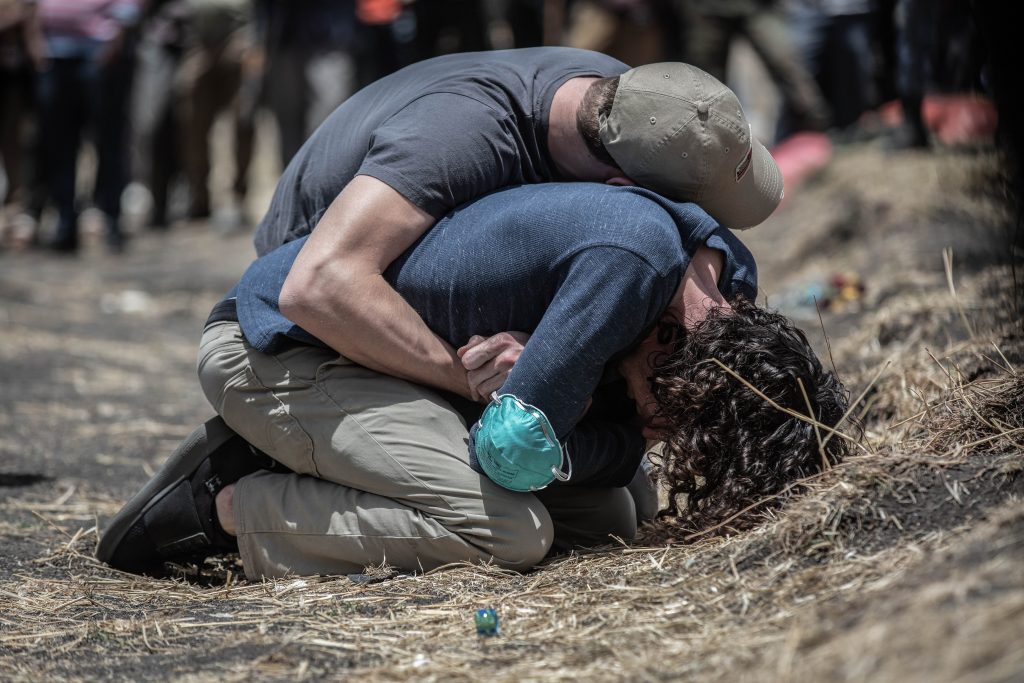 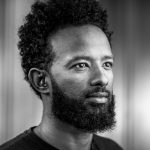 Ethiopian Airlines Flight 302 Crash Site: On 10 March, Ethiopian Airlines Flight ET302, a Boeing 737 MAX, disappeared from the radar six minutes after take-off from Addis Ababa airport and crashed into a field, killing all 157 people on board. The impact was so great that both engines were buried in a crater 10 meters deep.  A week after the crash, empty coffins were buried at a ceremony at the Holy Trinity Cathedral in Addis Ababa, as victims were unable to be identified. Officials gave relatives bags of earth from the crash site. On 14 November, eight months after the crash, the site of the impact was covered and the unidentified remains of victims buried in rows of identical coffins. Comparisons were made with the crash of a Lion Air aircraft, also a 737 MAX, 12 minutes after take-off from Jakarta in October 2018. Countries across the world, initially with the exception of the US, grounded the 737 MAX. First reports showed that pilots had been unable to prevent the plane repeatedly nosediving, despite following procedures recommended by Boeing. It appeared that in both cases pilots were struggling to deal with an automated safety system designed to prevent stalling, which was repeatedly pushing the nose of the plane down. It seemed that the system was being activated, possibly due to a faulty sensor, even though nothing was wrong. It later emerged that American Airlines pilots had confronted Boeing about potential safety issues with the MAX. Boeing had resisted their calls but promised a software fix, which had not been done by the time Flight ET302 crashed. Planes remained grounded into 2020. 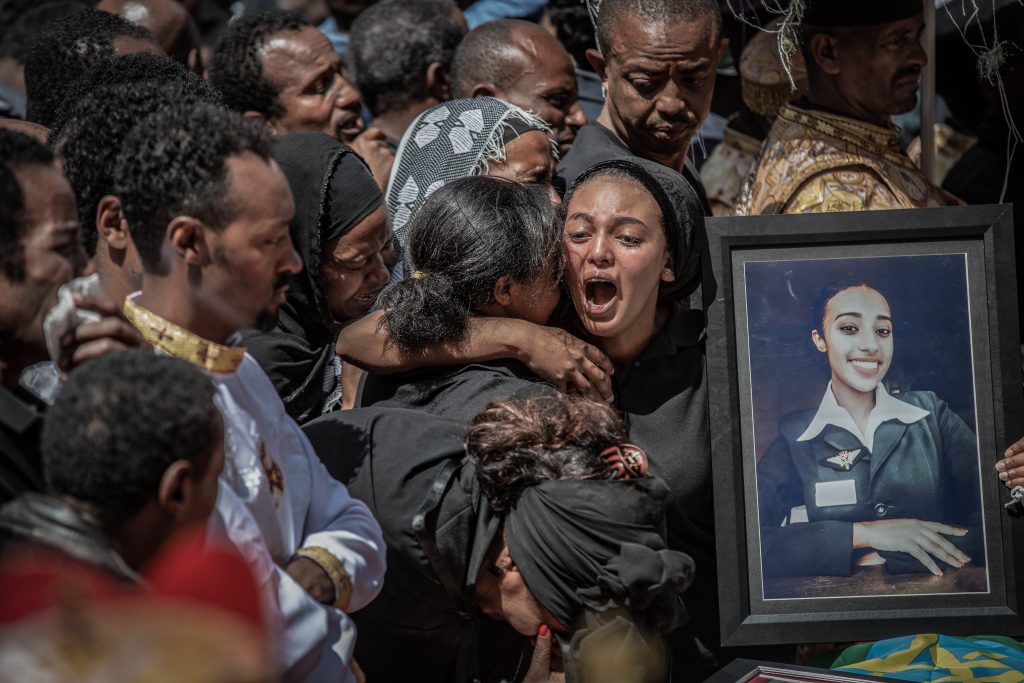 Relatives of a victim of the Ethiopian Airlines Flight ET302 crash mourn at a ceremony for those killed, at the Holy Trinity Cathedral in Addis Ababa, Ethiopia, on 17 March 2019, a week after the incident. Photograph/Mulugeta Ayene 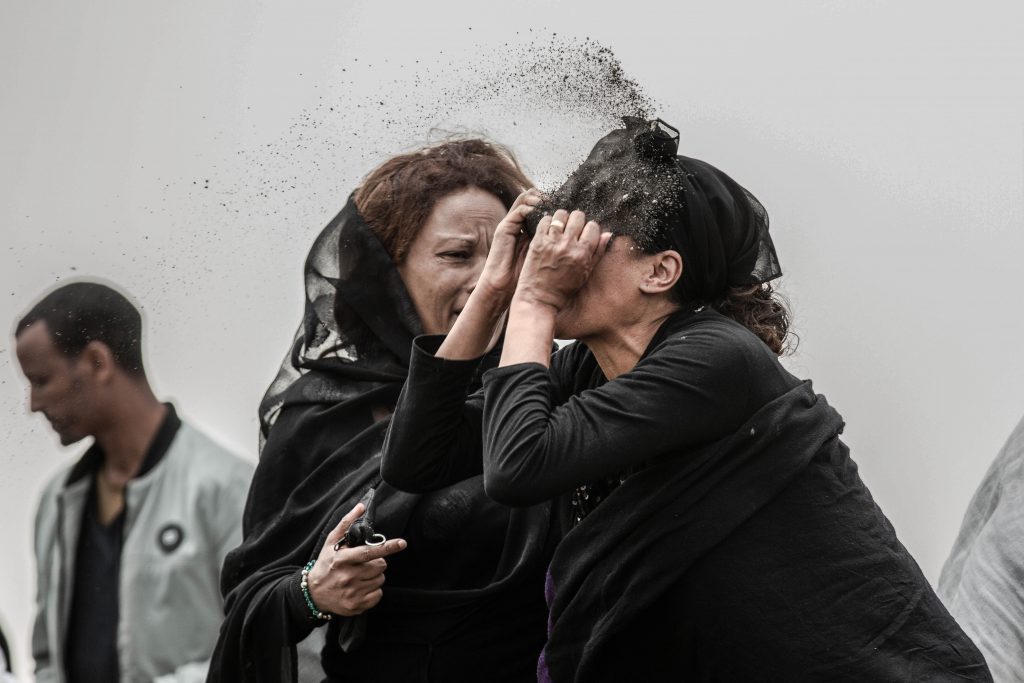 A relative of a victim of the Ethiopian Airlines Flight ET302 plane crash throws dirt in her face as she grieves at the crash site, near Addis Ababa, Ethiopia, on 14 March 2019. Photograph/Mulugeta Ayene