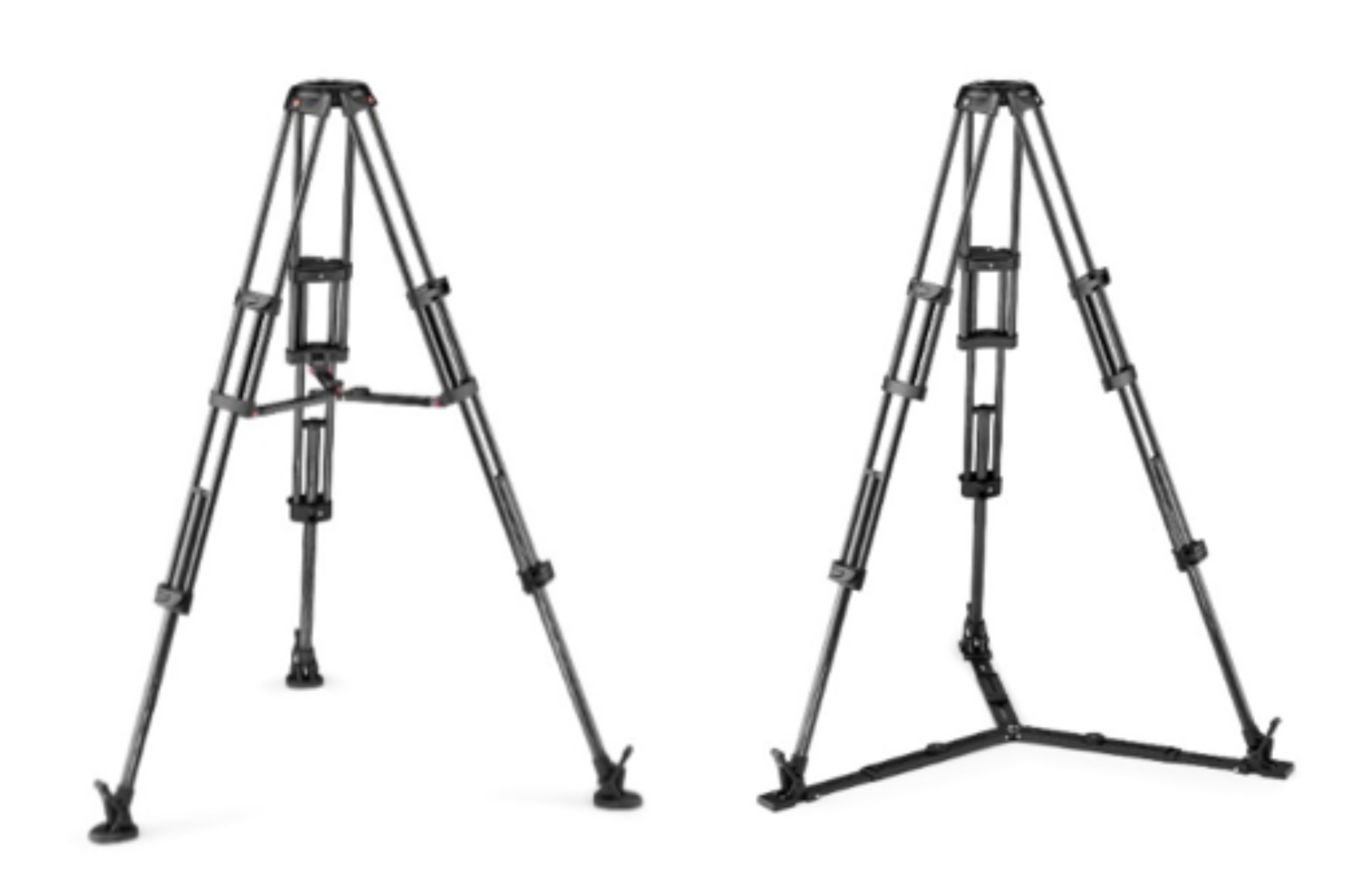 Manfrotto has expanded its video tripod range with two new twin-leg video tripods made of carbon fibre. They have a 50% increase in rigidity due to the combination of carbon-fibre tubes and a new patent-pending internal leg lock mechanism. Manfrotto’s two new twin-leg carbon-fibre video tripods feature a 100mm bowl and include a 75mm aluminium adapter. The twin-leg carbon fibre tripods are available in two models: the first with a removable middle spreader and telescopic arms, and the second with a ground spreader, telescopic arms and incorporated rubber shoes. Both twin-leg carbon-fibre tripods are also available in combination with Manfrotto Nitrotech N12, N8 and 504 video heads.