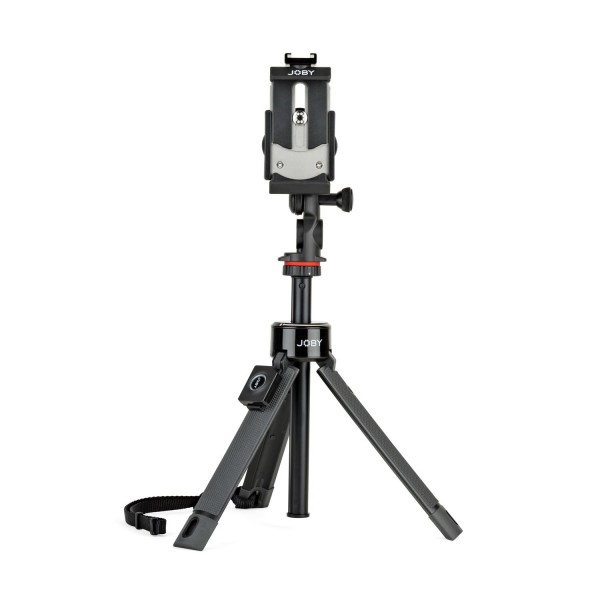 The HandyPod Series of compact tripods – the HandyPod, HandyPod Mobile and HandyPod Mobile Plus – provides stability and empowers users to capture quality content using smartphones and small cameras. The HandyPod series functions as a mini tripod or handheld support, and works with a variety of JOBY mounts and is applicable for smartphones, point-and-shoot compacts, mirrorless cameras and accessories weighing under 1 kg. It is available in black and in two other different colour combinations, dark blue and Mars green, from January 2019. Featuring the JOBY GripTight ONE mount, the HandyPod Mobile can be used as a tripod or as a handheld support. The HandyPod Mobile Plus features the JOBY GripTight ONE Mount and the Impulse Bluetooth remote shutter, allowing for remote or one-handed shooting in a simple package.