Anurag Kumar from India receives his prize as the Grand Prize Winner of the Life in Colour contest 2014-2015. Image Courtesy: HIPA

There were three categories apart from Life in Colour, namely General, Night Photography and Faces (Black & White), which saw the participation of photographers from 166 countries. 30,878  photographers submitted 60,162 photographs, from which India’s Anurag Kumar was declared as the Grand Prize Winner, and will receive USD 120,000 (approx. Rs. 75,00,000) in prize money!

Apart from this, Aruna Bhat from India received the first prize of USD 25,000 (approx. Rs. 15,00,000) in the Life in Colour category. Harish Chavda from the United Kingdom, Rudoi Vladimirovich from Russia and Peng Li from China, each received USD 15,000 (approx. Rs. 9,40,000) as the first prize in the General, Faces (Black & White) and Night Photography categories respectively. Here’s a look at the winners in all the categories! About the Image: Each year, India witnesses a wave of vibrancy and colour during Holi, which is celebrated throughout the country. The photo could have been restricted to a red and yellow affair, had it not been for the man throwing a handful of blue powder, which made all the difference. The seated worshippers in the photo, seem to be letting the barrage of colours layer them, which adds to the uniqueness of the photograph. 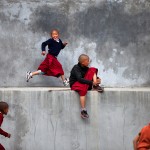 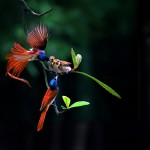 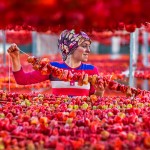 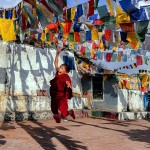 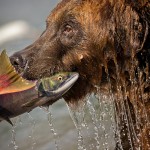 About the Image: Even though Dwain Chambers (right) was not considered to be one of the favourites at the UK Athletics Olympic trials in Birmingham, he definitely had something up his calves. As Dwain crossed the line, it dawned on him that he as an underdog had ripped through popular expectations. His roar and the twitch reflect the triumph within. 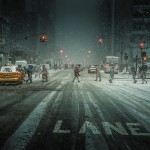 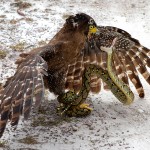 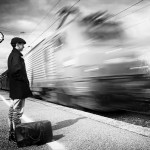 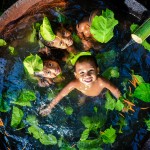 About the Image: This photograph of Stella-Maria was taken inside a photography studio. With her deep stare, Stella-Maria is able to captivate the viewer through her innocence and youth. The shadow covering part of Stella-Maria’s face also adds to the intrigue of the image. 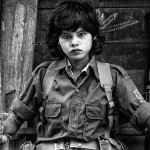 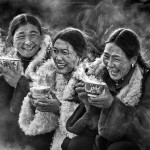 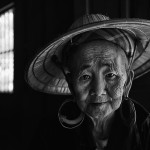 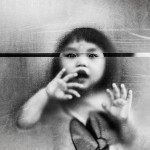 About the Image: This is an ancient Chinese ‘Diaojiaolou’ house in the town of Fenghuang, located near the Tuojiang River in the Hunan province. Diaojiaolous are often used as hotels or restaurants in the Hunan province, due to their great charm and beauty. As the night falls, several red lanterns provide light inside the Diaojiaolou, giving visitors a surreal view of past and present in one photograph. 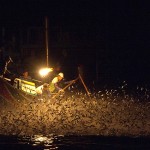 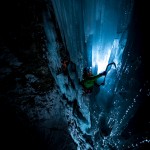 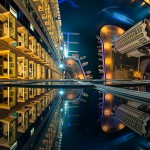