In a statement from H.E. Ali Bin Thalith, Secretary General of the Hamdan Bin Mohammed Bin Rashid Al Maktoum International Photography Award, he said, “After five years of establishing HIPA, we have successfully reached photographers from 193 countries around the world, which is the exact number of registered states at the United Nations. This past season, HIPA received a total of 80,420 photographs from 32,712 photographers hailing from 173 countries around the world. It must be noted that 66% of participants this season have taken part in the competition for the very first time.”

Apart from Happiness, there were three other categories—Father and Son, Wildlife and General—winners of which have been announced as well. Here is a look at the winner’s from each category: About the Image: In an impoverished village in the West African state of Togo, a group of children play and run behind old motorcycle tires in the red dusty dirt outside of an NGO clinic. Even though these children were mostly the sons, nephews and children of the patients in the clinic, their smiling faces and noisy joy are the embodiment of pure happiness. 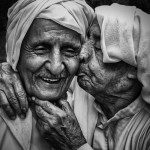 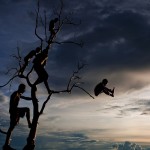 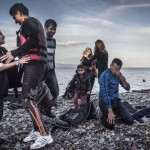 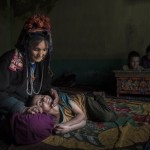 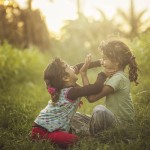 About the Image: In Gaza city, Omar and Khaled are laid to rest, having died after a fire broke out while they were studying by the light of a candle. 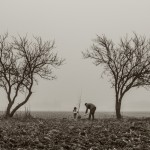 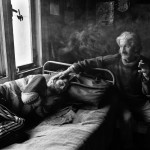 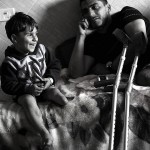 About the Image: Fire and lightning create a terrifying spectacle of fury during the eruption of Calbuco Volcano in Chile, awake after 40 years of inactivity. 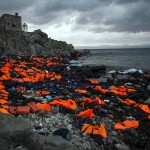 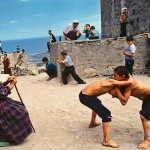 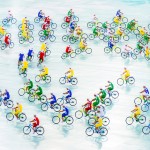 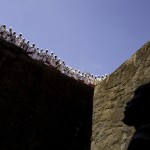 About the Image: A creative combination of wildlife and astrophotography, a leopard and its prey are highlighted against the starry night sky. 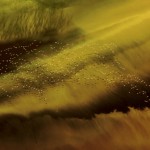 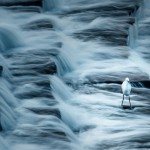 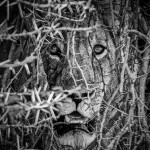 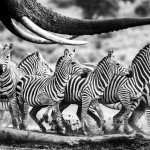 Apart from these categories, two special awards were also given to legendary photographers for their respective contribution to the field. The two photographers honoured in the ceremony were Don McCullin (Photographic Research-Report Award) and Oscar Mitri (Photography Appreciation Award). Don McCullin is one of our greatest living photographers. Few have enjoyed a career so long, or of such variety and critical acclaim. For the past 50 years he has proved himself a photojournalist without equal, whether documenting the poverty of London’s East End, or the horrors of wars in Africa, Asia or the Middle East. Simultaneously he has proved an adroit artist capable of beautifully arranged still lifes, soulful portraits and moving landscapes. Oscar Mitri is a multi-award winning photographer, with a career spanning several fruitful decades. At a young age, he was enamoured by nature and was hired by publishing houses in Cairo and Lebanon, in the department of photography, where he got his start in his career as a photographer. His career has taken him to Asia and Africa. He travelled the Atlas desert in the Maghreb. He visited 42 countries, including the UAE, the Gulf countries and four islands in Africa and Asia.