Photographer and designer George Moua has built a 3D-printed stereoscopic ‘wiggle lens’ for Sony E-mount cameras and APS-C Fujifilm X mount cameras. The 3D-printed lens allows compatible cameras to shoot stereoscopic photography. One can create a motion picture that appears to be 3D by combining multiple frames using the lens.

Moua’s stereoscopic wiggle lens incorporates a trio of 30mm lens to project three images with slightly different perspectives across the image sensor. The wiggle lens creates a parallax shift in between each frame. It gives a visual sense of depth in the animated frame. The lens is attached to the camera using a rotating ring that tightens the lens to the body. To create the image, he uses a 1:2 crop ratio.

He crops three frames from a single image. He exports each crop as a DNG file and then imports them back into Lightroom. Once the individual frames are in Lightroom, he edits them such that they have the same appearance, as there is sometimes variation in brightness, contrast and colour across the three frames. When the images are matched, he opens them as layers in Photoshop. 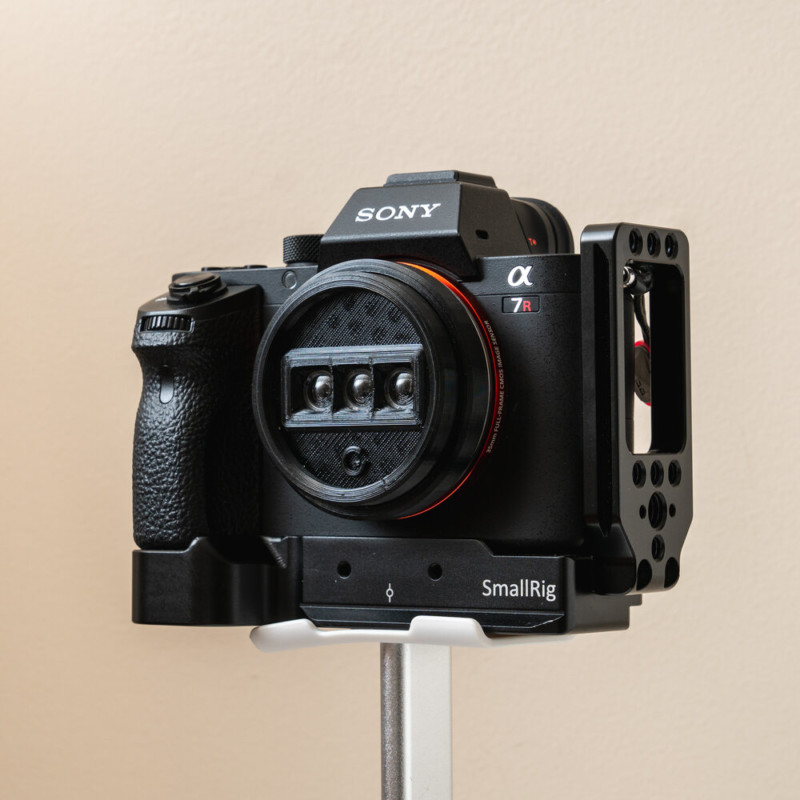