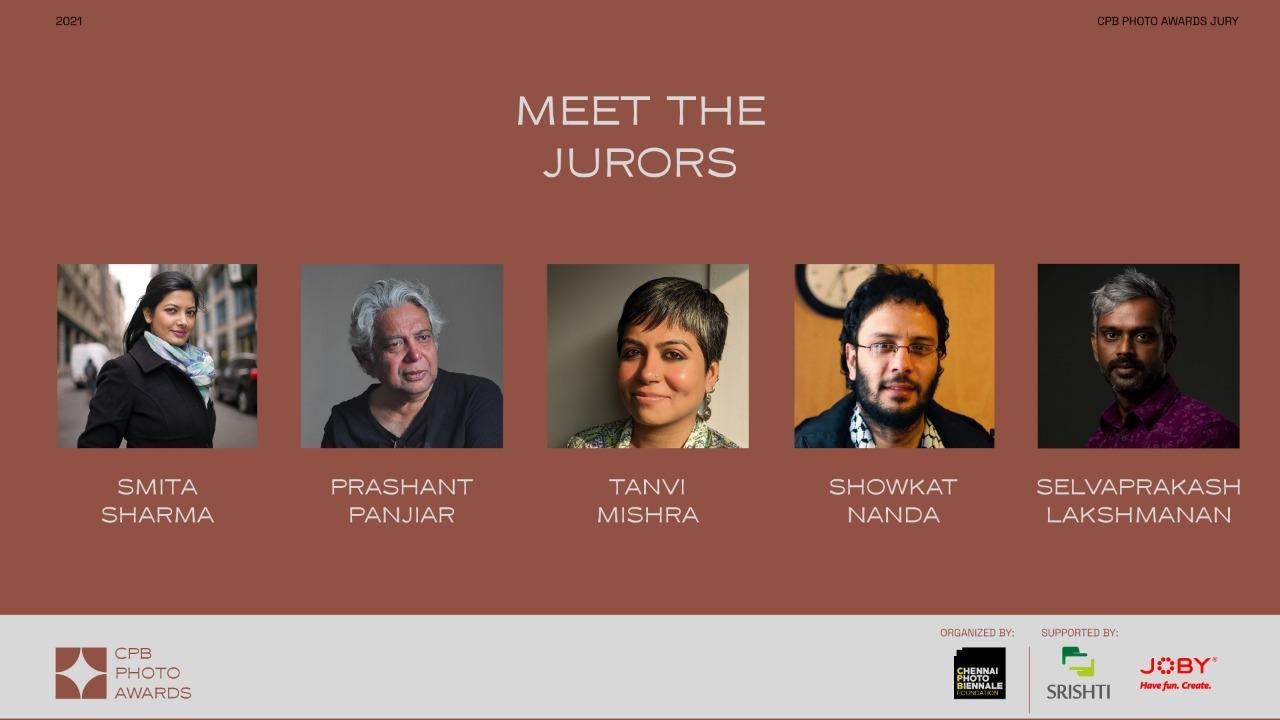 Photojournalists and visual storytellers have been at the forefront of reporting and documenting both life-challenging as well as underrepresented stories across the globe. They have worked diligently to keep a record of every incident, every disaster, every shift across time, from ecological collapses and climate change debates to paradigm shifts in culture and society, conversations on gender rights and egalitarian movements, to provide a point of reference to moments that might lose context in an instant world. It is through their hard work that we get to bear witness to events sitting in the comforts of our homes.

At the CPB Foundation, we strongly believe in and stand by the power and value of good visual journalism and are excited to bring back the CPB Photo Awards, which will be a yearly opportunity going forward. Submissions can be made in three categories— News and Current Affairs, Climate Change and Conservation, and Social Documentary.

He has worked as a photojournalist and editor in mainstream media at Patriot newspaper (1984-1986), India Today (1986-1995) and the Outlook Group of Publications (1995-2001). Since 2001 Panjiar has been working independently as a photographer specializing in reportage, editorial and documentary photography, a photo editor and curator. Panjiar’s photojournalistic work spanning three decades has been encapsulated in his latest book That Which Is Unseen, published by Navajivan Trust. Being one of India’s leading photo-practitioners, Panjiar is actively involved in mentoring younger photographers. Panjiar’s work can be viewed at www.prashantpanjiar.com

“Credible awards are essential to validate the important work done by editorial and documentary photographers. More so in a time when the profession of photojournalism is itself under so much strain, undermined by a number of factors beyond the individual’s control.” —Prashant Panjiar

He is a contributing photographer at Redux Pictures. Selvaprakash worked as a staff photographer for Dinamalar, the National Tamil daily newspaper in Chennai, India. He was also Chief Photographer at Dinakaran, DNA, and TimeOut magazine.

Selvaprakas was the Grand Prix Winner at the MAN AND SEA Photography Competition at the II International Festival of Photography Photovisa in Krasnodar, Russia (2010). His works were displayed at the San Francisco Art Commission Gallery, and the Time and Space gallery.

“Photojournalism has a powerful way of establishing credibility at a time when choreographed and manipulated images are leading public opinion. However, shrinking editorial budgets, job insecurities, and safety concerns have dealt a huge blow to covering such socially-relevant stories. Sensitising people about these issues is extremely important given the times, and photojournalists, like always, need to put their best foot forward. Recognising and celebrating photojournalists and their stories is very important at this time.” —Selvaprakash Lakshmanan

Showkat Nanda is a documentary photographer and educator based in Kashmir. His works mainly focus on the conflict, human rights, women and children, and have appeared in The New York Times , The Washington Post, National Geographic, Los Angeles Times, Le Monde, NPR among many others. A Fulbright fellow, Showkat graduated with a master’s in photojournalism from the University of Missouri in 2014. Prior to that, he received a master’s in journalism from the University of Kashmir.

Showkat has won numerous awards including grants from Magnum Foundation, National Geographic Society and Henry Luce Foundation. He has taught at various universities across Kashmir and is the founder of AKS School of Photography, a virtual space where he holds independent workshops for aspiring visual storytellers.

“As a photographer and educator, I have realized over the years how important photojournalism contests are especially at a time when the space for the photographic image is shrinking in newspapers and magazines. With the advent of multimedia and video as a preferred medium of documentation, the still image has been relegated to the corner. In a situation like this, photo contests can be a great way to get your work out into the world. Such awards connect you with people and create more opportunities for your work to be seen widely. As a previous winner, I see this initiative by Chennai Photo Biennale as one of the most significant steps in creating a platform for the recognition of compelling photojournalism in India.” —Showkat Nanda

Smita Sharma is an award winning photojournalist based in Delhi who has documented gender issues, sexual crimes and human trafficking in the Global South through long-form visual narratives. Smita is a TED fellow and an IWMF reporting fellow. She is the recipient of Amnesty International Media award for photojournalism, Las Fotos Advocacy award and One World Media Award for her short film titled, Rebel with a Cause. Her work has been published in various places like National Geographic Magazine, The New York Times, BBC World, WSJ, TIME, Channel 4 amongst many others and exhibited and shown globally including at the UN Headquarters in New York.

“Photojournalism has never been so important as it is now. We are bombarded with so many images everyday but what differentiates us is our ability to show the depth and nuances of the issues we care about. Photojournalism comes with a lot of power and responsibility and it is up to us to represent people the right way with empathy and dignity. For any change to happen awareness and acknowledgement is necessary and our visual stories have the ability to start these conversations.” —Smita Sharma

Tanvi Mishra works with images as a photo editor, curator, and writer, based in New Delhi, India. Among her interests are South Asian visual histories, peoples’ movements as well as the notion of fiction in photography, particularly in the current political landscape. Until recently, she was the Creative Director of The Caravan, a journal of politics and culture published out of Delhi. She is part of the photo-editorial team of PIX, a South Asian publication and display practice. She works as an independent curator and has been part of the curatorial teams of Photo Kathmandu, Delhi Photo Festival as well as the upcoming Breda Photo in 2022. Her writing on photography has been published in various platforms including Aperture, FOAM and The Caravan. She has served on multiple juries, including World Press Photo, Hindu Photojournalism Awards and the Catchlight grant. She has also been a mentor for the Women Photograph program and is one of four members of the international advisory board of World Press Photo.

“In today’s times, being a journalist is one of the most courageous professions. When we have those like Siddique Kappan who is in jail for more than a year for merely going to document an incident as a part of his job, or when photojournalists are regularly harassed, questioned and detained by authorities in Kashmir, and one even slammed with the UAPA, or those like Danish Siddiqui, that were documenting the ground reality were viciously trolled on social media, it is more important than ever to support visual journalism in all ways possible. This will not only provide the much needed support and motivation for those on the ground today, but also inspire future evidence gatherers that we will definitely need tomorrow.” —Tanvi Mishra