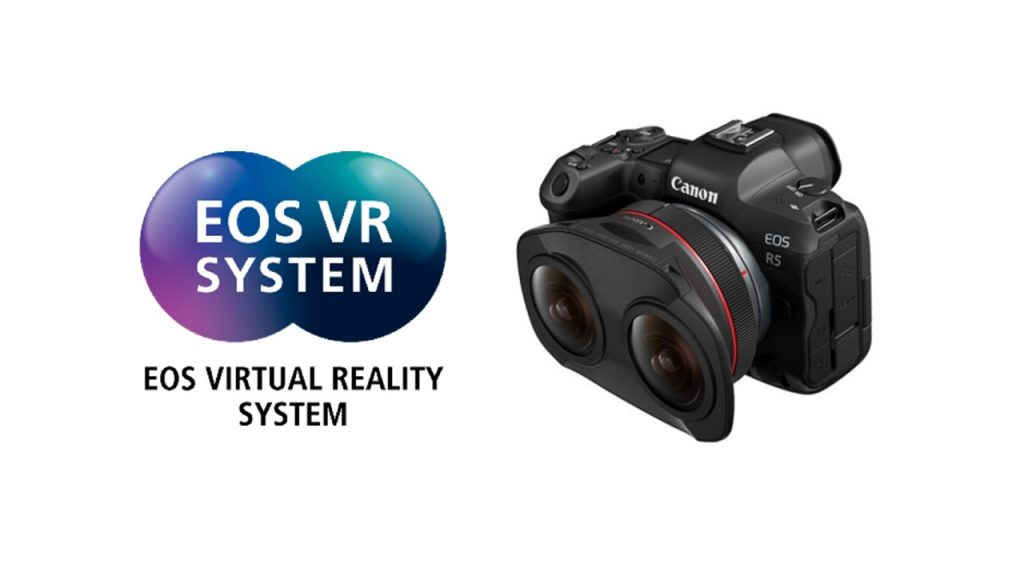 Canon has announced the EOS VR System, a new virtual reality (VR) video production system. The system includes one dedicated lens and two computer software applications, which will be available from end-December 2021.

VR is increasingly used in many industries including entertainment, tourism, and education. With the increasing market demand for VR, Canon is leveraging its optical technologies nurtured through the development and production of the EOS interchangeable lens camera system, to establish a new VR video production system that realises high-quality images alongside an efficient production workflow.

The new EOS VR System consists of mirrorless cameras, a dedicated lens, and computer software. Users can capture VR videos by attaching the dedicated lens to the camera, and then utilize the computer software to convert the resulting image files to a standard VR file format, making the post-production process easy.

Commenting on this launch, Mr. Manabu Yamazaki, President and CEO, Canon India said, “We are constantly pushing technological boundaries by anticipating both current and future needs. With the launch of Canon EOS VR System, we are bringing the power to create incredible 180°VR content in up-to 8K size output. This is a game-changing product for the imaging industry where professional content creators can create high-quality VR content using our easy-to-use workflows.”

By establishing this system, Canon hopes to cater to the wide-ranging needs of various users, be it VR image creators, production houses, or new users just starting their VR video production journey.

The new RF5.2mm f/2.8L Dual Fisheye lens is a dedicated RF lens equipped with two fisheye lenses, which produce parallax effect that can be used to create 3D 180-degree VR images. When attached to the EOS R5 mirrorless camera, the lens enables users to harness the camera’s 8K recording capabilities to produce ultra-high-definition video with an immersive feel. As special lens coatings are used, shooting in backlit conditions becomes a breeze.

An Efficient Workflow, From Shooting to Post-production

The light rays that enter each “eye” of the RF5.2mm f/2.8L Dual Fisheye lens are captured by a sole CMOS image sensor. This removes the need for certain parts of the traditional VR production workflow, such as aligning and syncing camera positions before the shoot or stitching images together in post-production, resulting in greater efficiency. Depending on their post-production environment, users can choose to convert their videos into VR format using either the EOS VR Utility  computer software or the EOS VR Plugin for Adobe Premiere Pro4, , which further support the post-production process. 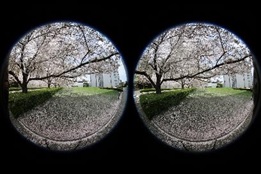 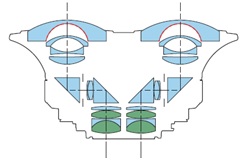 Before viewers can view the 3D VR footage on a head-mounted display (HMD), the footage captured by the camera must first be converted into a VR file. The conventional VR image production workflow, therefore, consists of 4 stages: shooting, checking, post-editing, and file conversion.

Under Canon’s VR imaging system, images are captured using just one camera with one CMOS image sensor, rendering the parts of the workflow that were necessary with a two-camera system—such as aligning the positions and synchronising the settings of the left and right cameras before the shoot—redundant. It is also no longer necessary to stitch footage before file conversion. Additionally, when users convert files with either the EOS VR Utility computer software or the EOS VR Plugin for Adobe Premiere Pro dedicated plugin for Adobe Premiere Pro (sold separately), they can also automatically straighten images and correct lens parallax during conversion, improving workflow efficiency.

The two conversion software applications both support the conversion of images into equirectangular projections, a standard VR format. EOS VR Utility supports image conversion and post-editing, allowing the flexibility to adjust the image quality and file format according to post-processing and display environments. Meanwhile, EOS VR Plugin for Adobe Premiere Pro enables file conversion and post-editing to be done under one roof within the Adobe Premiere Pro video editing software.

For reference: Exhibition at InterBEE 2021

The VR imaging system will be exhibited at the Canon booth at InterBEE 2021, a professional exhibition for the audio, imaging, and broadcasting industries that will be held in an online-offline hybrid from 17 November (Wed) to 19 November (Fri) 2021.

The VR market is growing, especially in the consumer entertainment and corporate education and training sectors. There is a wide range of VR applications. For example, it is used in the gaming and tourism sectors to provide simulated experiences, in the real estate sector to enable virtual tours of rooms, and in site inspection to guide workers through work procedures. In recent years, the sports industry has also been disseminating more VR videos. The growing range of services utilising VR means higher demand for the production and distribution of large volumes of high-quality VR content, hence also increasing the demand for imaging equipment to support VR production. (According to research by Canon.)