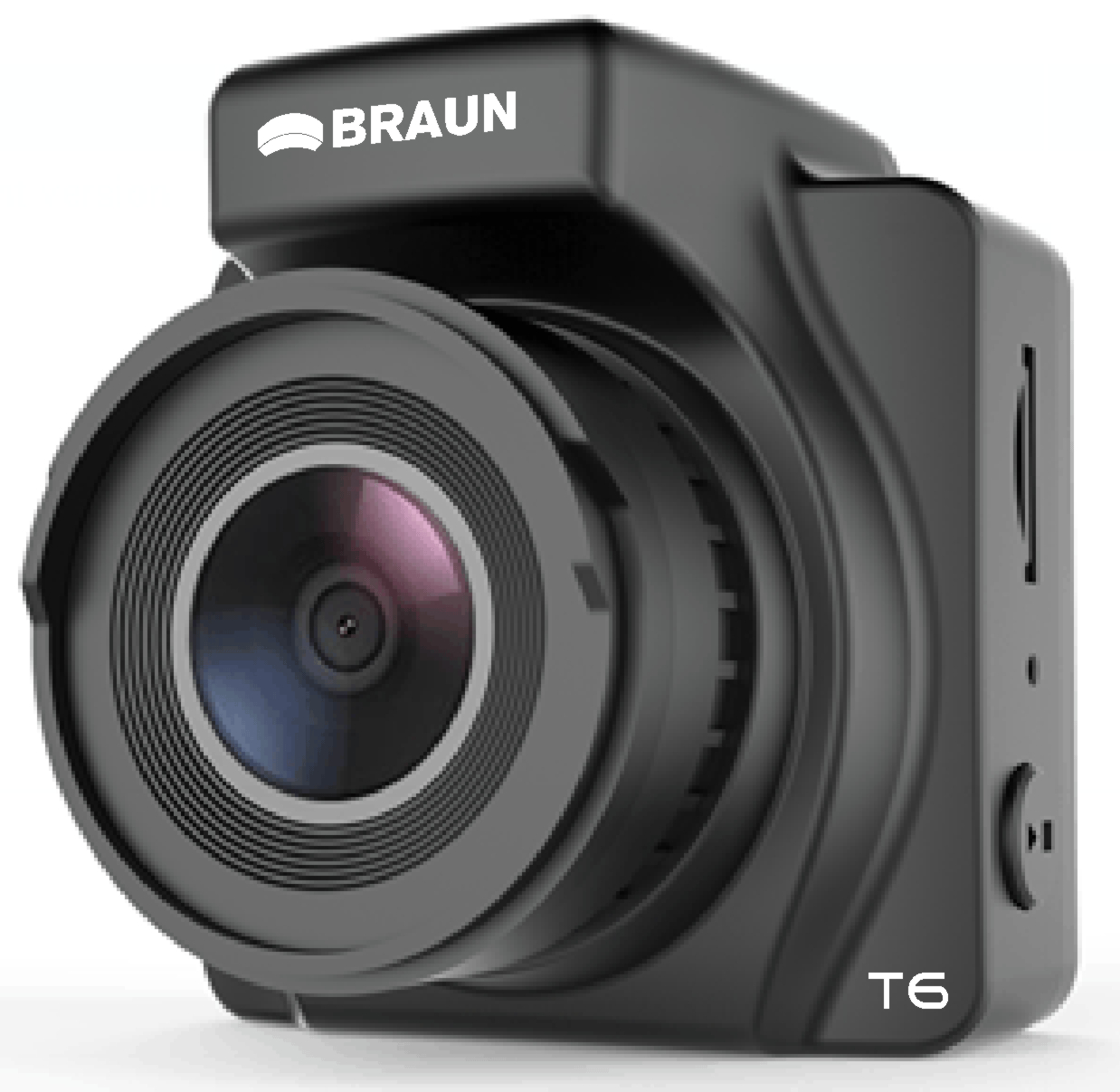 Braun Phototechnik have expanded their product range of the segment Dashcams with the Ultra Brown B-Box T6, which measures in height only 4.9cm and in width only 4.6cm. The Full HD Dashcam is equipped with a GPS function, which records the speed and distance travelled and permits later documentation. The integrated WiFi allows for practical control of the camera via smartphone-app. A built-in 180mAh Battery ensures that the recording will continue, even if the Dashcam is not connected to the 12V cigarette lighter or USB port, or if the power supply is interrupted by accident.

The 1.5″(3.1cm) display in the 4:3 formats, located on the back, allows for image control. In addition, the Braun B-Box T6 has a 150 ° ULTRALIT wide-angle glass lens. The 3.0 MP sensor shoots videos with a resolution of 1920x1080p at 30fps. When recording, you can choose between continuous recording and loop recording. If the loop mode is activated, the older recordings on the memory card are automatically deleted again and again during an ongoing recording. For audio recording and playback, the Braun B-Box T6 has an integrated microphone and a loudspeaker. In addition, the car camera has a motion detector that automatically starts recording when the vehicle is moved. To store the recordings in MOV format, the card slot is used, which accepts micro SD cards up to a size of 32GB.