Quote of the Week by David Bailey 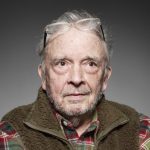 David Bailey is an English fashion photographer best known for his portraits of celebrities, models, and musicians. He began his career working as  John French’s assistant. In 1965, he published his first photography book Box of Pin-Ups, a collection of black-and-white images portraying Mick Jagger, The Beatles, Twiggy, and Andy Warhol, along with several other celebrity figures. Bailey has gone on to receive the title of Commander of the Order of the British Empire from Queen Elizabeth II, and in 2016 a Lifetime Achievement award from the International Center of Photography in New York. His work is held in the collections of the National Portrait Gallery and the Victoria and Albert Museum in London.