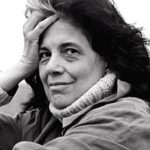 “All photographs are memento mori. To take a photograph is to participate in another person’s (or thing’s) mortality, vulnerability mutability. Precisely by slicing out this moment and freezing it, all photographs testify to time’s relentless melt.” —Susan Sontag (1933–2004)

Susan Sontag was a renowned America writer and filmmaker, who wrote a series of books like Against Interpretation (1966), The Volcano Lover (1992) and a collection of essays called On Photography (1977). She challenged the conventional notions of how art and culture should be perceived and consumed. Sontag was also a source of controversy, as her critics looked at her political statements as nothing but an initiative to seek attention.