Quote of the Week by Timothy Allen 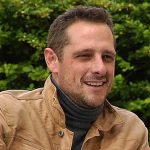 “It can be a trap for the photographer to think that his or her best pictures were the ones that were hardest to get.” —Timothy Allen (1971)

Timothy Allen is a British photographer and filmmaker. His first job was that of a freelance photographer at the Sunday Telegraph. He is better known for his documentation of the indigenous people from around the world. In 2008, he was commissioned by the BBC to accompany their film crew for their Human Planet documentary project. This took him to over 40 countries, where he covered stories of human endeavour.