Piercings and tattoos are characterisic of the subjects they belong to. Photograph/Kelly Castro

Kelly Castro photographs intriguing and creative people from different walks of life, to portray how individuals can be similar, and yet so different.

This article was originally published in December 2011.

When I started exploring photography, the first images that I recall resonating with me were those of Richard Avedon’s In the American West. I love the 1960s portrait aesthetic of photographers like Avedon, Irving Penn, and William Klein.
Inspired by this style, I conceptualised a series of portraits that has kept me occupied over the past few years—Exteriors. 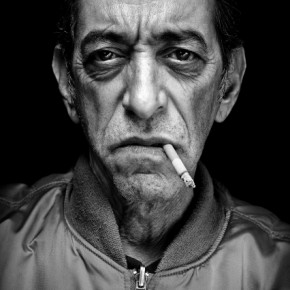 This was one of the first portraits I photographed, which helped me choose the style for this series. Photograph/Kelly Castro 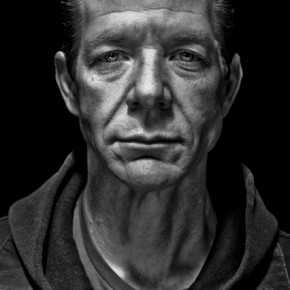 Processing allows me to intensify the dark tones of these photos. Photograph/Kelly Castro 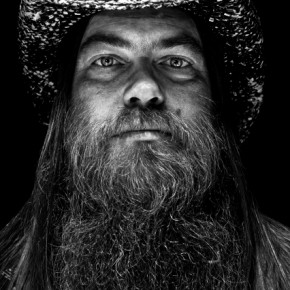 Despite a consistent sense of framing, props like this hat help make each portrait unique. Photograph/Kelly Castro

My Perspective
Somewhere around the mid-1990s, I started carrying a camera with me everywhere and have not stopped since. This project provided me the opportunity to meet some talented individuals including musicians, artists, television stars and even one of the inventors of Adobe Photoshop!
Of course, like most photo works, the real spark that got me started on this series was closer home. I photographed my father and cousins in a similar style and after that, I decided to continue doing portraiture on the same lines.
The word ‘exteriors’ is generally associated with architecture. It implies that you are only observing the outside, as if you are seeing the external façade of a building. I wanted to create a collection of snapshots that would represent the men of my generation and vicinity. I want them to be viewed as a large group in a manner that prompts comparison between each subset of images as well as each individual photograph. I always watch out for that slight change of expression, which may happen only momentarily. Photograph/Kelly Castro

The Process
Black and white photography is something that I enjoy and in this case, it became a visual device to tie the series together. I generally asked the subjects to remain expressionless. This, along with the consistency in framing, helps tie the photographs together.
My postprocessing work is evenly split over Adobe Lightroom (for the cataloguing, selection and conversion to B&W) and Photoshop (for the actual Layer-based editing). For me, working on Photoshop is only the digital equivalent of traditional darkroom techniques. I always try to pull out more from any image—more detail, more contrast and more tones.
I think this series will become more intriguing once it gets older. I hope someday, future generations of photography enthusiasts will be able to view these portraits with the same curiosity that I have had when looking at works of photographers of the past. With high contrast B&W processing, I try to ensure that the detail and textures of the hair do not get lost. Photograph/Kelly Castro

My Equipment: I use a Canon EOS 5D Mark II and the Ricoh GR Digital III. The detail produced by the high resolution files of the 5D Mark II is useful for work of this nature.

While Working on a Series 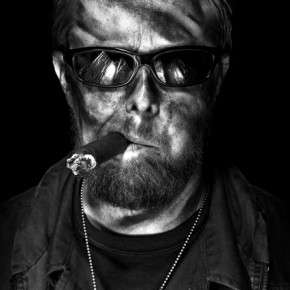 The reflection of the reflectors in the subject’s glasses adds a new dimension to the photograph. Photograph/Kelly Castro 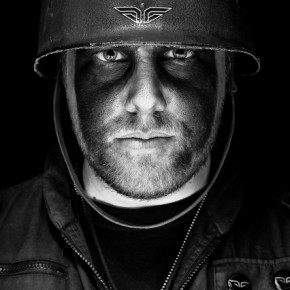 Since these portraits are low key in nature, I am particularly careful about the placement and intensity of shadows. Photograph/Kelly Castro 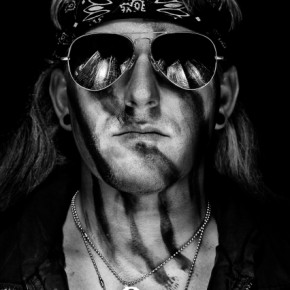 Special attention needs to be paid to the hair light, so that the subject does not merge with the background. Photograph/Kelly Castro

To view more images from this series and Kelly Castro’s other work, log on to http://www.kelco.us/