Reach for the Star!

Frame the Star’s final round saw six photographers and filmmakers scour Pune with the aim of framing two elegant Mercedes-Benz cars in the best way possible. Natasha Desai brings you the winners of this intense competition.

After a fantastic semi-final round in Mumbai and New Delhi, three photographers and three filmmakers went on to the next round. The judging panel comprised of photographers Swapan Parekh, Prashant Godbole, Amit Ashar, Shantanu Sheorey and Overdrive Editor-in- Chief Bertrand D’souza. At stake was a Mercedes-Benz car for the photography winner and an international driving experience for the filmmaking counterpart. With a brief to visualise the Mercedes-Benz philosophy ‘The best or nothing’, the six finalists set out in the varied terrain that Pune has. The final photographs and videos that emerged after two days of shooting were judged by Amit Ashar for their clarity, creativity and performance under the given circumstances.

“With a competition like this, it is important to push oneself. There is so much that has already been done with the visual language that setting yourself apart becomes a challenge in itself. The contestants this time produced a fairly interesting set of visuals in that respect.” — Prashant Godbole, Semi-final judge

The Winning Photographer of Frame the Star 2016 is… Anindito’s background in advertising and photojournalism helped him keep it simple. In his own words, “I am used to making photographs that are minimal. Which is what I did with the car too. I took the approach I know best and made pictures just the way I shoot daily life.” Based in Delhi, Anindito began his career in advertising, but moved on to pursue his passion for photojournalism, His philosophy when it comes to shooting is to always look for more. Anindito was invited by BP to be a part of the competition. “The greenery that I experienced during the finals in Pune is something that I sorely miss in my hometown Delhi. So, I wanted to blend the car seamlessly with the natural environment around the city. Winning the competition with this approach was incredible. I’m excited and encouraged! When behind the viewfinder, I believe anything done with honesty and simplicity is in itself a reward.” 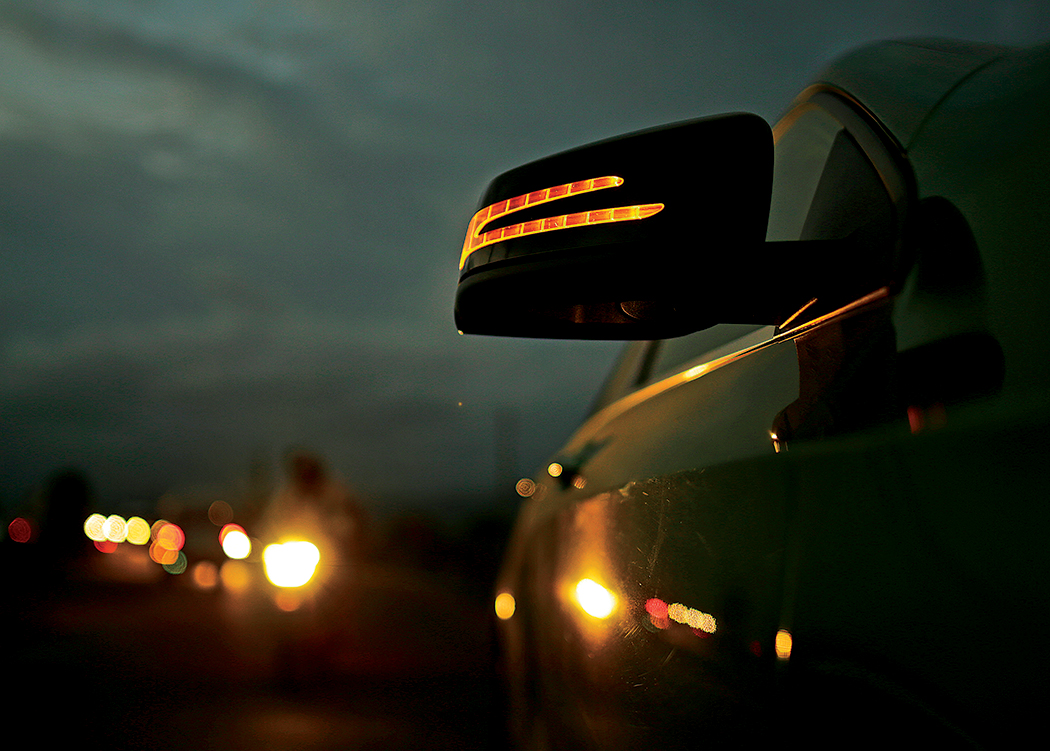 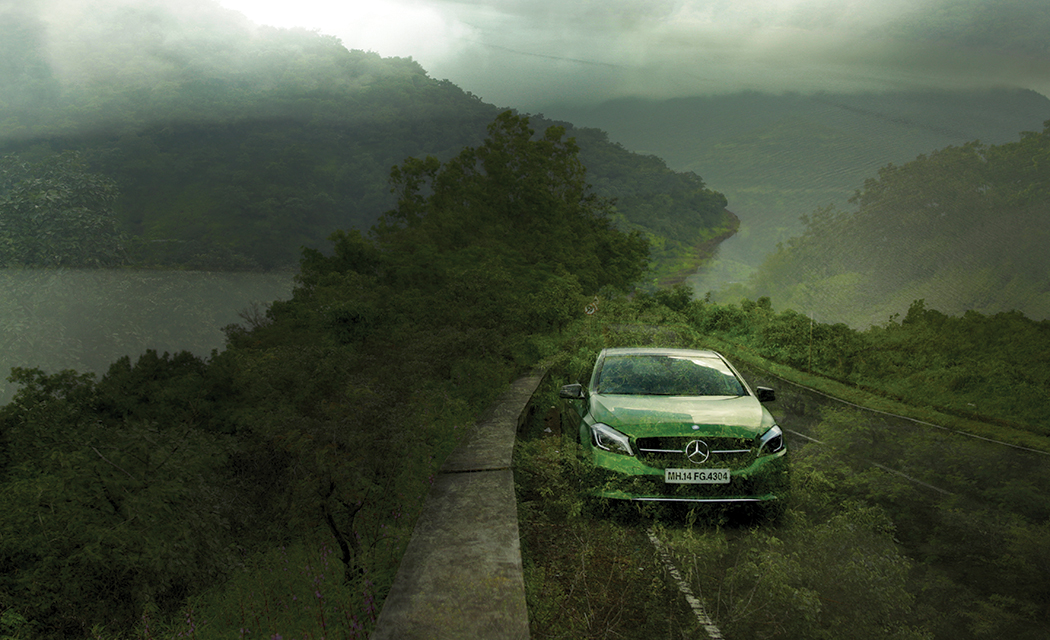 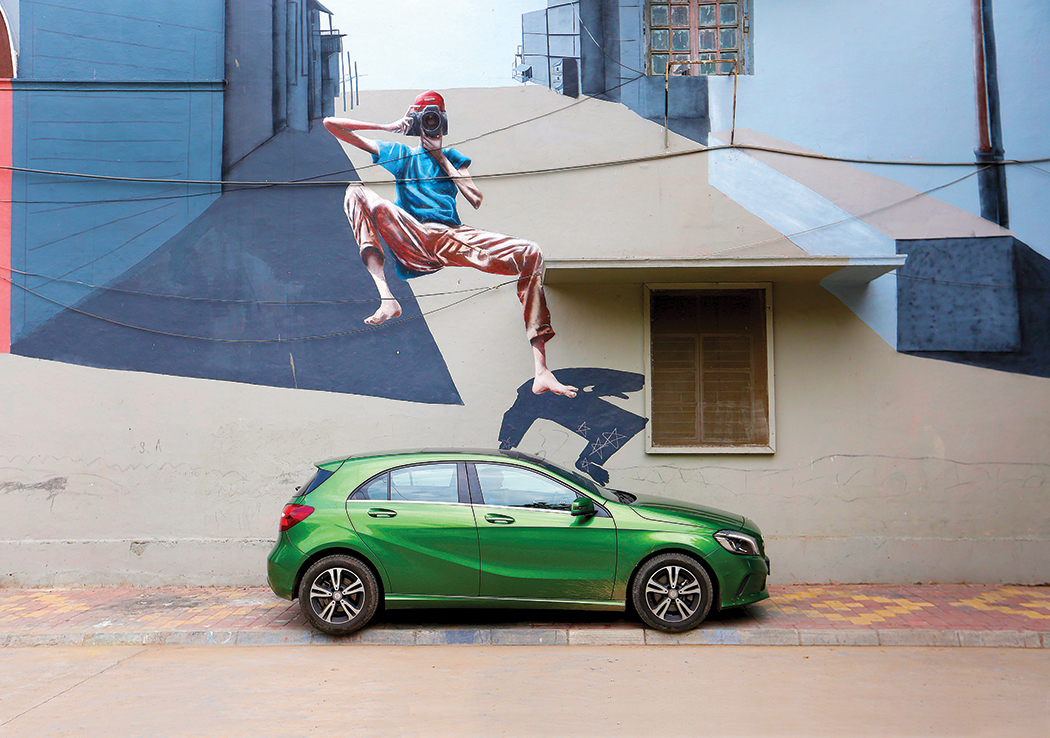 Photography: Road to the Finals Dhruv’s idiosyncratic way of seeing framed the car within the mundaneness of regular city life, but usually, with one subject or prop that would take one by surprise. Armed with a small Ricoh GR, he instinctively found naturally occurring patterns and bring out an interesting repetition of elements through his visuals. A former engineer, Dhruv realised his passion for photography after he took it up as a hobby. Residing in Ahmedabad, he is a part of the That’s Life photo collective. He became a part of Frame the Star via the online competition. 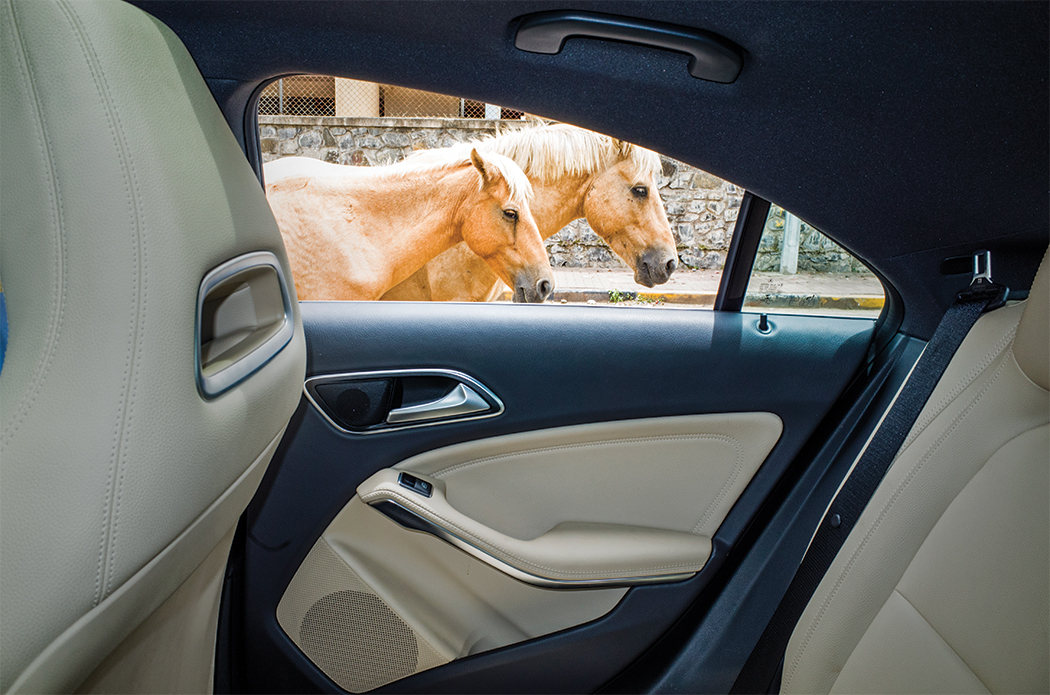 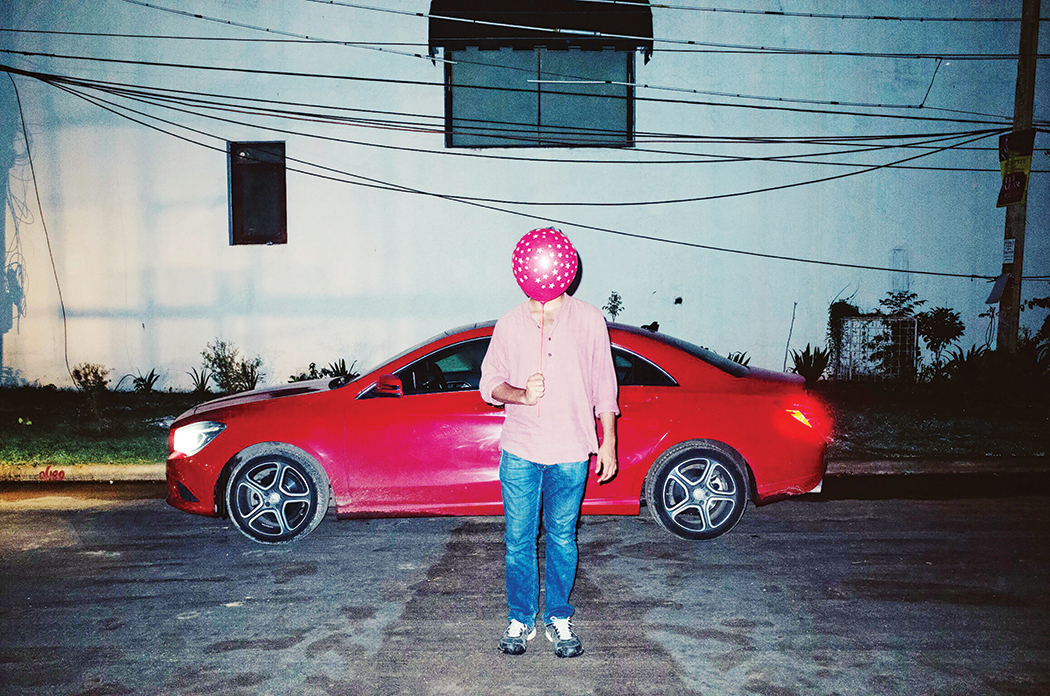 Coming from an aesthetic that is steeped in street photography and in reacting instinctively to moments, Hillol went beyond his usual approach in the competition. His frames were carefully composed, studied and planned but with the immediateness that would make them look unplanned. He was not documenting reality, but using his understanding of it in trying to recreate it. Hillol practises street photography as a passionate hobby. He take time out from his regular schedule to shoot the vibrant streets of India. He too became a part of Frame the Star via the online competition. 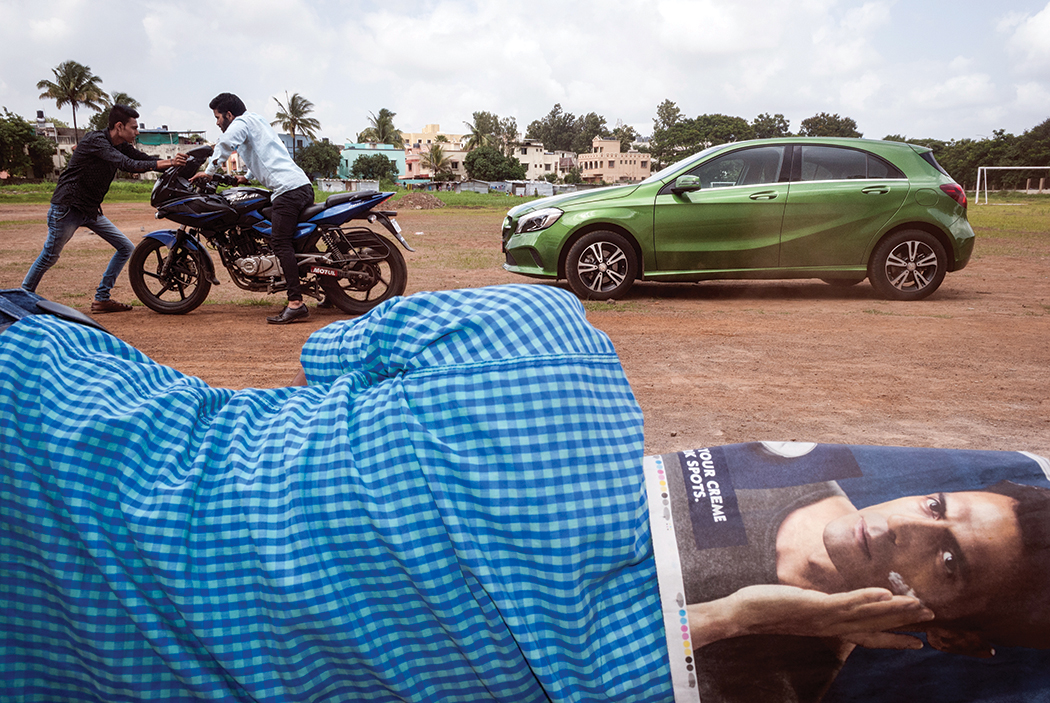 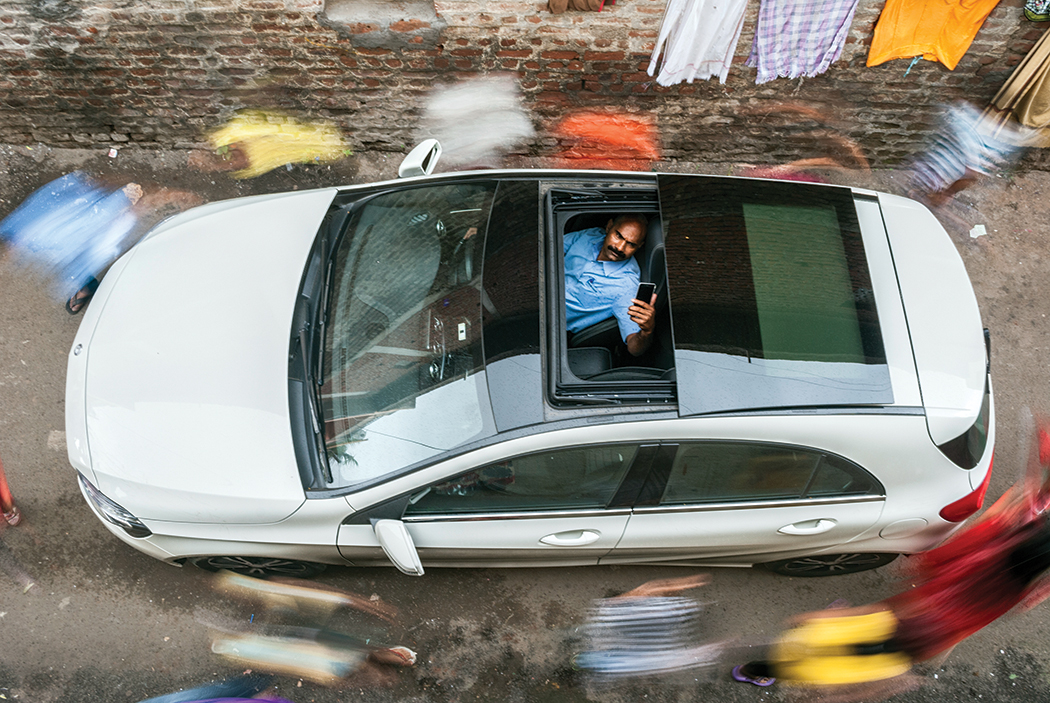 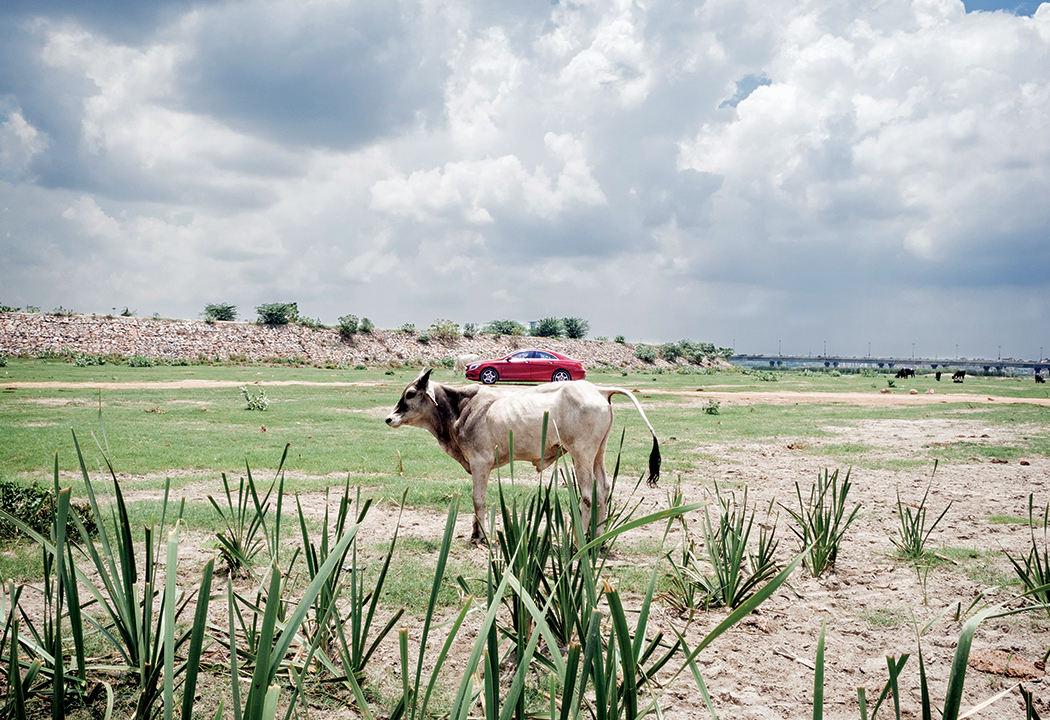 “The challenges and opportunities of shooting in the city are tremendous with a good looking car in an extremely busy environment… there is so much one can do. Having worked in automobile journalism since so many years, I was looking for someone who looks at cars innovatively. What also excited me as someone who also dabbles in video was the debut of a filmmaking category, which is the future for many in the creative fields.” — Betrand D’souza, Semi-final judge

Taking Away the Laurels in the Filmmaking Category A Mumbai based filmmaker Sahil creates advertising films. He also runs a wedding photography and filmmaking company. He enjoys travelling and shooting with a GoPro mounted on his dog Simba. He too was invited to compete in Frame the Star by BP.

“For the finals, I wanted to shoot a strong concept as opposed to a slick looking montage of the beautiful car. I shot an artist Nilesh continuing his mural—of Shivaji on his horse—from the wall uninterrupted on to the car. This was my way of paying homage to his art and a symbol of the city of Pune. My aim was to shoot the Mercedes-Benz in a different way and it paid off.”

“With Anindito’s images, there was a freshness in the way he saw. His double exposures were used thoughtfully and the car was the center of attention and photographed beautifully. Sahil’s video was very strong on concept and the way he brought in the car towards the end of the film was just lovely. It was a very interesting round to judge.” — Amit Ashar, Final judge, Frame the Star 2016