The World From Various Eyes A top angle shot of fishing boats out at work, makes the viewer feel like as if he is peering down at them; while a blue-green expanse of water fills his field of vision. Photograph/Shailendra Singh Rawat

Ambarin Afsar shows how one can learn to view the world from the perspective of other people and find out how each perspective lends new meanings.

Would you like it if your favourite movie was filmed in one straight shot? What if there were no bizarre angles, sleek cuts or fadeouts? Would it still be an iconic film for you? Similarly, images that are repeatedly taken from one viewpoint might get a little less interesting.

By adding a touch of drama to your images, you can give your viewers a feeling of seeing a unique angle of an oft-covered subject. So what if you need to get down to your knees or crouch like a hidden tiger? Explore subjects like buildings, rickshaws or even insects with a unique enough angle and you are sure to get pictures that immediately grab attention.

Towering Subjects
Do you remember what it felt like when you were a child and would look up at all the adults around you? They looked like towering giants! Now, you can use this experience to make a subject seem towering and huge, regardless of its actual height and size.

By shooting impressive monuments, apartment buildings, or even a child and flowers—you can make your viewers feel like they are looking up at your subject. Do not be afraid to move in closer and ‘look up’. Experiment with subjects as varied as wheels of automobiles, signposts, doors, windows and even video game machines— you will instantly find a looming giant lurking within.

The World in Miniature
When you glance at something that is placed below your eye level, it will seem small, till you pick it up. Imagine shooting a child running to his way to school, a person walking across a zebra crossing or even a patch of pretty flowers in a garden. When viewed from a top angle all of these will seem diminished in size and this angle will emphasise their smallness. You can make cities look like scale models if you shoot them from an airplane and people look like specks, if you care to shoot from the terrace of a multi-storeyed building.

Sometimes, you do not even need to go that far. If you are standing on a bridge, an elevated platform or any other place that gives you a high vantage point, you can capture the world in miniature.

Wide Angle Magic
When you look up at the sky or even peer at the sea from the seashore, these immense vistas fill your field of vision. Did you know that you could perform the same wide angle magic with your camera as well? Using a wide focal length like 24mm or lesser, can give you a wonderful picture that encompasses most of the setting—a busy beach, complete with its balloon sellers, trinket sellers, food stalls, passers-by as well as the sea and the sky. You could even capture an empty playground with a child walking across it or an array of fountains at a park—the possibilities are endless.

However, with such wide shots, you need to plan your frames well enough so that there is always an element of interest. If the shots are too busy, if they are random or even if they are too empty, then a viewer will not give them more than a glance.

A Peek from Your Eyes
Looking up, down, left and right are all fine. What about giving people a taste of what it is like to view the world as you see it? Suppose you are standing behind a wall and are peeking into the corridor, watching someone cook in the kitchen. If you took a picture like that, would it not give the viewer a chance of literally looking through your eyes?

In such cases, shooting from your own eye level works too, regardless of whether you are lying in bed, walking on the road, looking at your feet or even looking out from the window of a car or a house. Treat the camera as if it were your eyes and capture objects as you see them. This might even mean shooting while in a crowded situation with someone’s hand blocking a part of your frame. Regardless of whether you are shooting a busy street as seen from inside a phone booth or even the vista of a fair seen from the top of a Ferris wheel, remember that your take on the world will always be unusual.

Understand How Others See the World
When two people are asked to view the same object or scene, each of them thinks of different things. This is what makes our thoughts unique. Similarly, when you are shooting a particular frame, it is very likely that someone else will shoot in a different manner.

For example, if a dog were playing with his master, then the master would view the scene differently, while the dog would have its own personal perspective. On the other hand, a stranger who is merely witnessing the two, will have a completely disparate view of things. Therefore, putting yourself in the shoes of all the other characters in a situation can sometimes yield very striking results. This is because you learn to visualise all possible viewpoints to one situation.

Be Creative and Whacky
Besides low angles and top angles, use unusual vantage points to capture unnoticed aspects of various elements. Explore your surroundings and take multiple shots from various angles. Look for vantage points that provide you with the best available light and do not ignore the ones which provide you with the least amount of light. Even if the light source is blocked by a person or an object, shoot a dramatic silhouette and you will see how a change in perspective can completely alter the image. The idea is to investigate normal as well as radical perspectives.

Also, you can try shooting from extremely far away, get close, get even closer, lie on the ground or use a ladder. You can also tilt the camera at crazy angles, hold it above your head, at your hip or even shoot with it while it hangs from a strap around your neck. Sometimes, not looking through the viewfinder or LCD screen can give you images which are pleasantly surprising.

Different vantage points make certain lines converge, make shapes merge, blur, stand out and even make them loom larger than life. The angle you choose and the manner in which you keep varying it, decides whether your picture will be a hit or a miss.

The point is to be as creative as possible by experimenting and squeezing yourself into impossible nooks and corners. The world can be rewarding, once you settle into other people’s eyes.

This article originally appeared in the October 2010 issue of Better Photography. 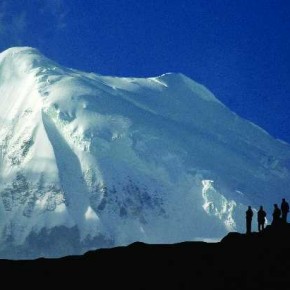 In this wide angle shot, a sense of scale and awe is conveyed effectively by the capture of four small figures gazing at a majestic peak. Photograph/Subrata Roychowdhury 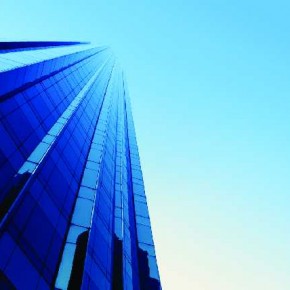 A low angle shot of a building effectively makes the building seem as if it is receding into the heavens. Photograph/Simona Dumitru 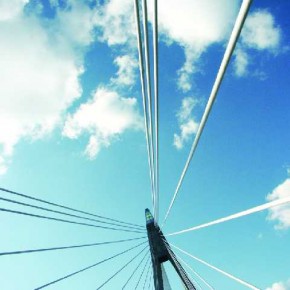 An unusual perspective of a bridge makes this image seem three-dimensional as the white wires appear to be breaking out of the frame, moving towards the viewer. Photograph/Andrea Paroni 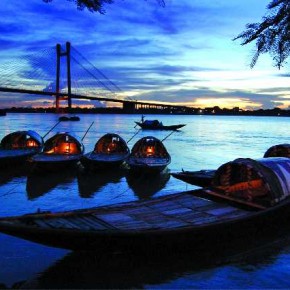 This wide angle approach to a few boats anchored on the shore of the Hooghly river, Kolkata, effectively captures the length of the boats, their dimly lit interiors, the bridge and the darkening evening sky. Photograph/Bikash Mondal 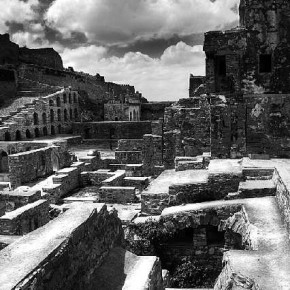 The vantage point used in this frame makes a viewer feel as if he is standing on the edge of this structure and looking down at the vast, snow-covered surroundings. Photograph/Angshuman Sarkar

At times you may need to lie on the ground completely, to get a low angle perspective that exaggerates your subject. Photograph/Asis Kumar Sanyal 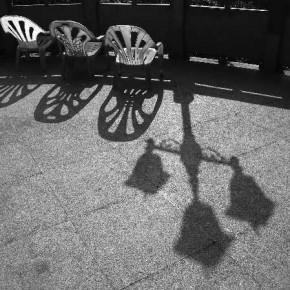 A slight change in vantage point has eliminated all the other elements beyond the balcony, thus drawing attention solely to the shadows and the chairs. Photograph/Somenath Mukhopadhyay 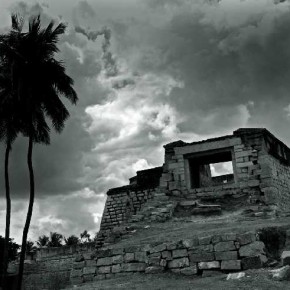 Sometimes you may need to walk around and survey a place before you can figure out which angle looks best. Photograpgh/Sridhar Parthasarathy