Wiring a Story with Terry Border By portraying the marshmallow as a martyr, I tried to give a different meaning to roasting marshmallows over a bonfire. Photograph/Terry Border

Terry Border uses his skill of making wire sculptures to bring objects and food alive, in a series of comical photographs.

Having worked several years as a commercial photographer, I decided to shift interests towards my hobby—making wire sculptures. The thought of this project came to me when I was photographing some of my wire artwork. My wire work then switched from being a sculpture into a photography project. To achieve this, I needed to make objects such that they lasted long enough to be photographed. 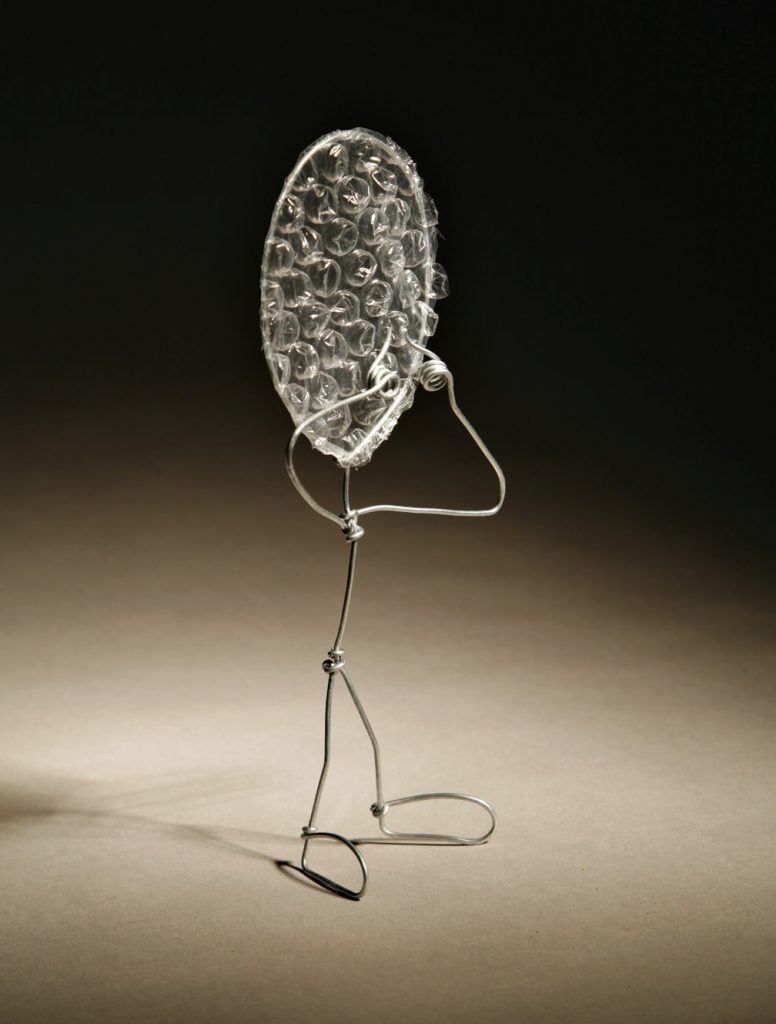 A simple and a fun object such as bubble wrap can also create a funny story. Photograph/Terry Border

My Perspective
Suddenly, I was making characters out of bread, paper, peanut shells and even eggs. Before choosing any of these objects, I would examine their texture and shape. This would help me decide whether I could use wires along with them. I would also take into consideration what people usually think of when they hear a particular object’s name. It also helps to know if people associate a subject like an egg with another object, such as a spoon or a fork. Based on such observations, I then plan a story to portray the same in my photographs.

If I choose a food item that is known for its bad odour or taste, then my picture will revolve around that notion. My work is usually characterised by my sense of humour. I often try to make the picture humorous by poking fun at the object. I try to be patient while making these pictures because the characters can take a while to make. Photograph/Terry Border

The Process
Once I decide on a certain item, I use an ordinary wire to make arms and legs for the same. It is important to choose a wire that is strong, and at the same time, thin enough so that it can be bent and moulded. For heavy things like glass, I use a strong glue to stick on the wires.

To bring out emotions such as fear, bravery or surprise, I first strike a pose myself and then write down the way my arms and legs fall. Using these directions, I bend the wires in a similar fashion.

Once I have perfected the figures, I start experimenting with the lighting. A fairly dramatic style of lighting goes well with the kind of pictures I want to create. I make use of flashlights and even mirrors to enhance the light. To make things easier, I use a tripod to keep the composition steady. 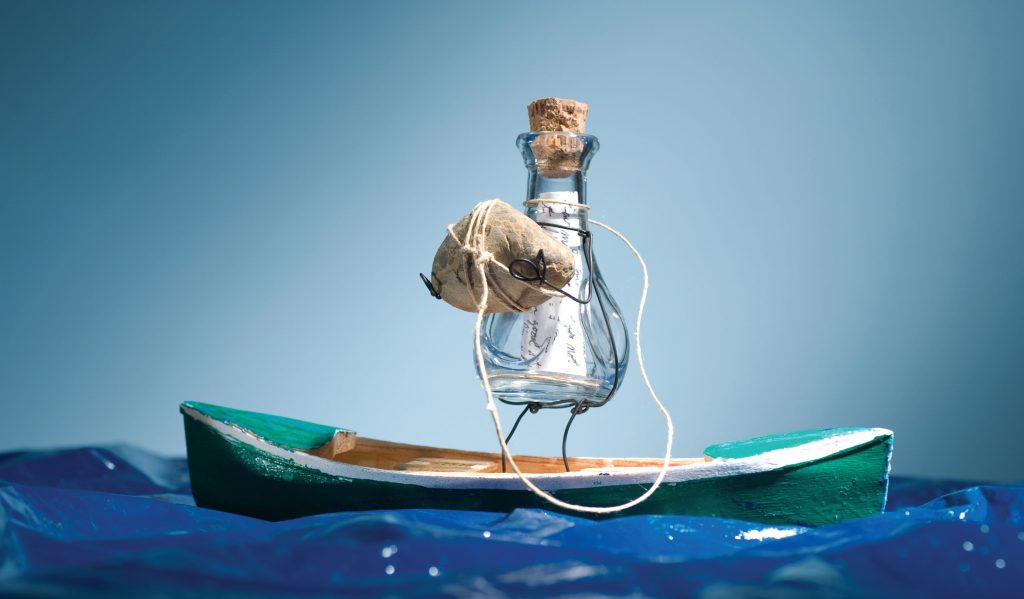 While using heavy objects like glass, I make sure that the wire is steady and strong enough to hold their weight. Photograph/Terry Border

I do not do digital manipulation and only use Adobe Photoshop to balance colour. I feel that the charm of this entire series is the reality with which each situation is portrayed and I like to keep it that way.

My Equipment
For this series, I have used a Canon EOS 5D Mark II with an EF 24–105mm lens. To make the figures, I used malleable wires and pliers for cutting and shaping. Moreover, to control the light better, I used strobes with grids and at times, even a soft box. To make the narration more real, I drew the background on brown chart paper so that it would resemble the interiors of an Egyptian pyramid. Photograph/Terry Border

Things to Keep in Mind While Attempting a Similar Series