Here is a look at the most enchanting Photographs from Nature–Singles category of the World Press Photo 2021 contest. 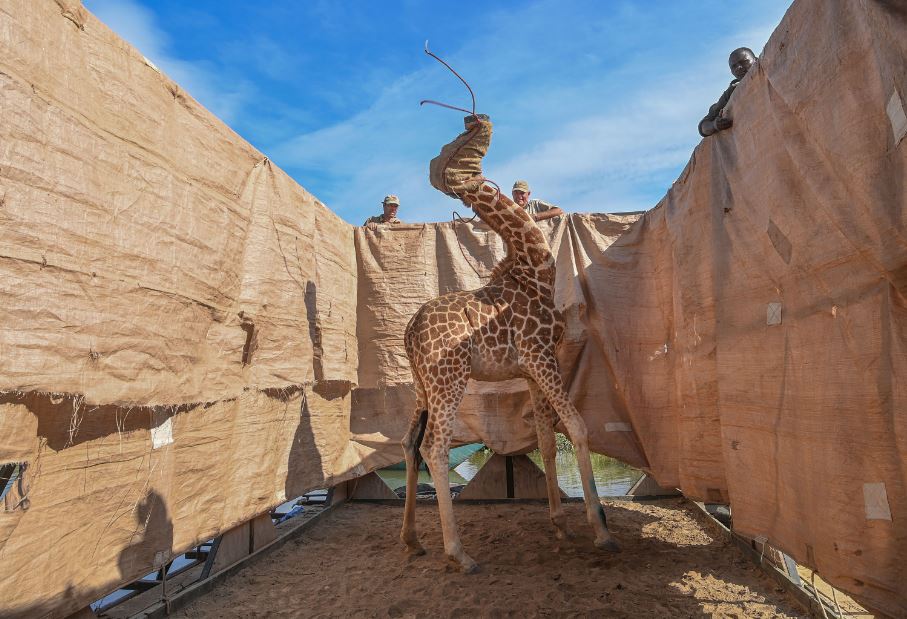 A Rothschild’s giraffe (Giraffa camelopardalis rothschildi) is transported to safety in a custom-built barge from a flooded Longicharo Island, Lake Baringo, in western Kenya, on 3 December 2020. 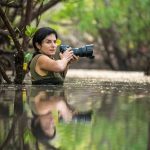 Ami Vitale is a photographer, writer and filmmaker. She has witnessed civil unrest and violence, but also surreal beauty and the enduring power of the human spirit. Vitale is an Ambassador for Nikon and a contract photographer with National Geographic magazine. She has documented wildlife and poaching in Africa, covered human-wildlife conflict, and concentrated on efforts to save the northern white rhino and reintroduce pandas to the wild. Photograph/Bryan Liczinsky

Rescue of Giraffes from Flooding Island: Rothschild’s giraffes are a subspecies of the northern giraffe, and are classified as endangered. The giraffe is the world’s tallest land mammal and the Rothschild’s giraffe is one of the loftiest subspecies, growing up to six meters in height. Longicharo Island was once a peninsula. Rising water levels in Lake Baringo over the past ten years have cut the peninsula off to form an island. Particularly heavy rainfall in 2019 caused further floods, stranding nine giraffes. The local community worked with conservationists from the Kenya Wildlife Service, the Northern Rangelands Trust, and Save Giraffes Now, to build the barge and transport the marooned animals to a sanctuary in the Ruko conservancy on the shores of the lake. The rains had also led to an abundance of food on the island, so edible treats could not be used to entice the giraffes onto the barge. Instead, the giraffes had to be tranquilised, which is a dangerous procedure given their anatomy, as they are at risk of choking on their own saliva, and changes in blood pressure can cause brain damage. A vet was on hand to immediately counteract the drug; the animals were then hooded and led onto the barge with guide ropes. 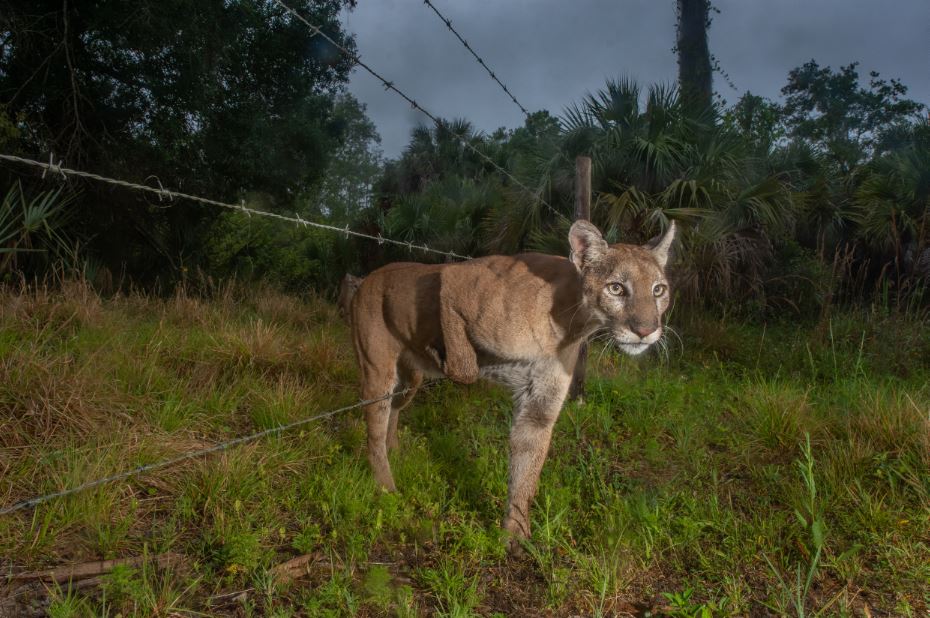 A female Florida panther creeps through a fence between Audubon’s Corkscrew Swamp Sanctuary and an adjacent cattle ranch, in Naples, Florida, USA, on 6 April 2020. Her kitten trails behind her. 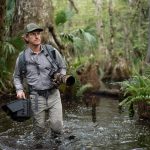 Carlton Ward Jr. is a conservation photographer and National Geographic Explorer. He uses photography to inspire appreciation and protection of his home state’s original nature and culture. He founded the Florida Wildlife Corridor campaign in 2010. He is the author of four books, and his photographs have been published in magazines including National Geographic, Audubon, and Smithsonian. Photograph/Malia Byrtus

Path of the Panther: The Florida panther is a subspecies of Puma concolor (also known as mountain lion, cougar, or puma) and, according to the US Fish and Wildlife Service, represents the only known breeding population of puma in the eastern United States. Listed as an endangered species in 1967, Florida panthers are gradually making a comeback, growing from fewer than 20 panthers in the 1970s, to more than 200 today. Florida panthers feed primarily on white-tailed deer and wild hogs, but also smaller mammals such as raccoons, armadillos, and rabbits. Ranches are vital to panthers, because few public lands are big enough to support even one adult male panther, which may require up to 500 square kilometers of territory in which to roam and hunt. Audubon’s Corkscrew Swamp Sanctuary is too small to supply the full territory needs of one panther, yet serves as part of the home range for several. The panthers are caught in a race between the need for territory, and increasing land development as a result of Florida’s rapidly growing population, with some 400 square kilometers of their habitat being lost each year. 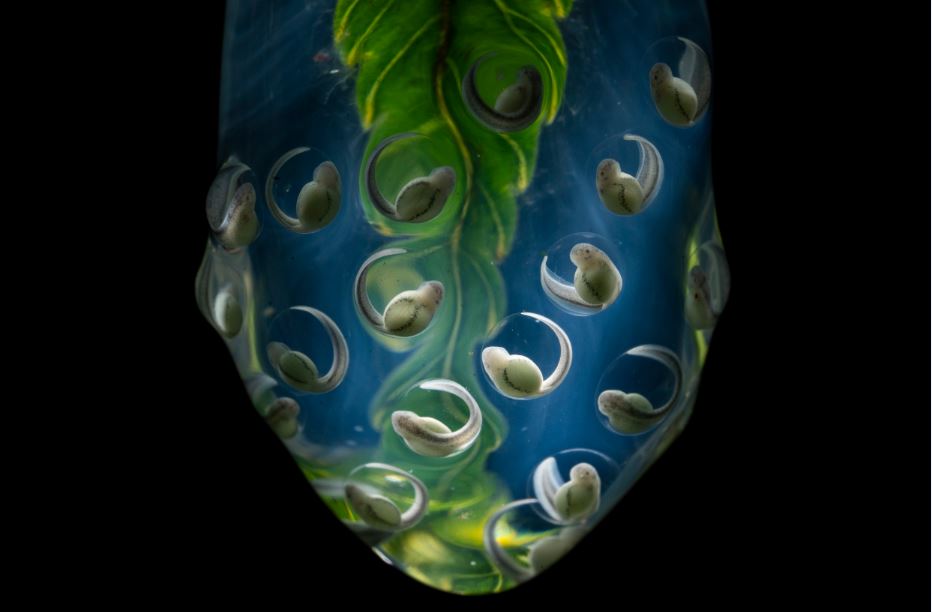 The eggs of a Wiley’s glass frog, Nymphargus wileyi, hang on the tip of a leaf in Tropical Andean cloud forest, near the Yanayacu Biological Station, Napo, Ecuador, on 25 July 2020. 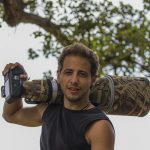 Jaime Culebra is a reptile and amphibian researcher, and nature photographer based in Ecuador. He holds a Bachelor of Biology, an MSc. in Environmental Education, an MSc in Biodiversity and Conservation of Tropical Areas, and has co-authored several papers on biogeography and descriptions of new species. Photograph/Jaime Culebras

New Life: Nymphargus wileyi is known only from examples discovered around the Yanayacu Biological Station, and so is listed as ‘data deficient’ by the International Union for Conservation of Nature (IUCN). The species inhabits primary cloud forests. Individuals can be found on leaves at night. Females deposit eggs in a gelatinous mass on the dorsal surface of leaves hanging above streams, near the tip. A male can fertilize up to four clutches of eggs in a breeding season. The whitish embryos, between 19 and 28 per clutch, will develop for a few days until they are ready to drop into the water to continue their metamorphosis.