Here is a look at the most inspiring photo stories from the Contemporary Issues–Stories category of the World Press Photo 2021 contest. 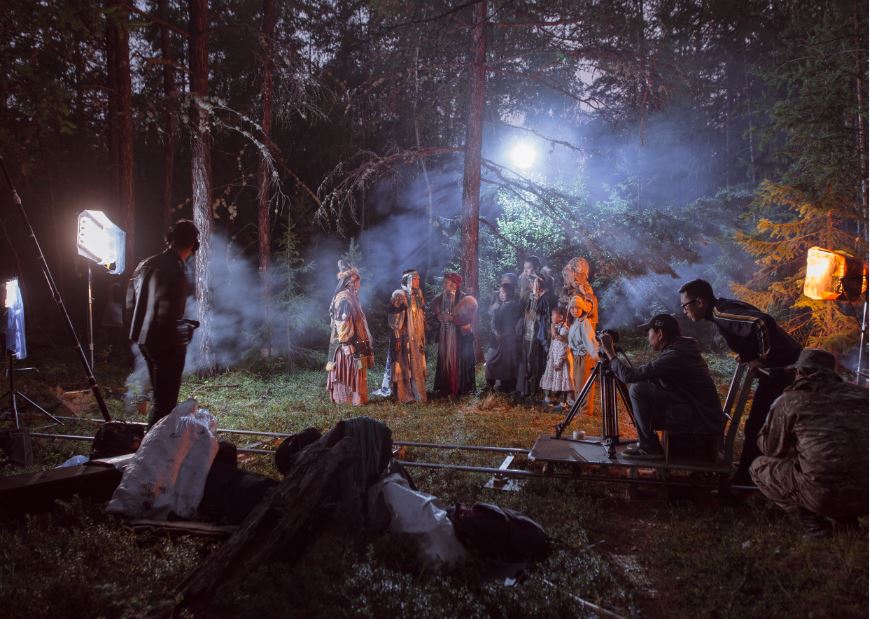 A film crew shoots the second part of The Old Beyberikeen With Five Cows, which is based on an old folktale, in Sakha, Russian Federation, on 6 August 2019. The first part of the film, directed by Konstantin Timofeev, was a top-ten box-office hit earlier in 2019. 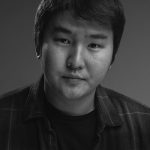 Alexey Vasilyev (1985) is a documentary photographer based in Yakutia, Russia. His work focuses on the daily life research of people in the far North and their national identity in the global world. Photograph/Dmitriy Ushnisky

Sakhawood: The people of Sakha, a republic in the far northeast of the Russian Federation, live in a remote area with extreme weather conditions: temperatures can drop as low as -50°C in winter. Although Sakha, which is also known as Yakutia, extends over more than three million square kilometers, its population numbers barely 950,000 people, around 50 percent of which are ethnic Sakha (or Yakuts). Art has become a way of showcasing and preserving Sakha culture, traditions, and stories. Cinema has flourished there since the 1990s. Around seven to ten feature films are shot a year, by a local movie industry lightheartedly dubbed ‘Sakhawood’. Genres range from romantic comedies and crime movies to fairy tales and local legends. Most movies are made in the Yakut language, and subtitled in Russian. Production budgets range from USD 12,000 to USD 120,000. Many actors have no professional training, although some have worked in theater, and directors and camera crew frequently attend film school in Moscow or elsewhere. The films are enormously popular locally but have also met wider success. In recent years, Sakha cinema has been represented in film festivals in Finland and South Korea, among others, and the films have picked up numerous awards. 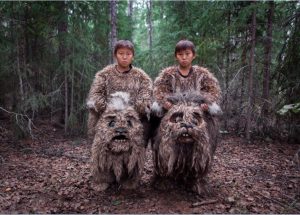 Twins Semyon and Stepan perform in the roles of dulgancha, mythical swamp creatures, in The Old Beyberikeen With Five Cows, in Sakha, Russian Federation, on 9 August 2019. It is their first part in a film. 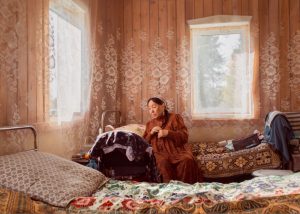 Isabella Nikolaeva, renowned in Sakha for her theater roles, prepares to appear in the historical comedy Hurried, based on the classic drama by Yakut writer Nikolai Neustroev, in Sakha, Russian Federation, on 3 September 2019. 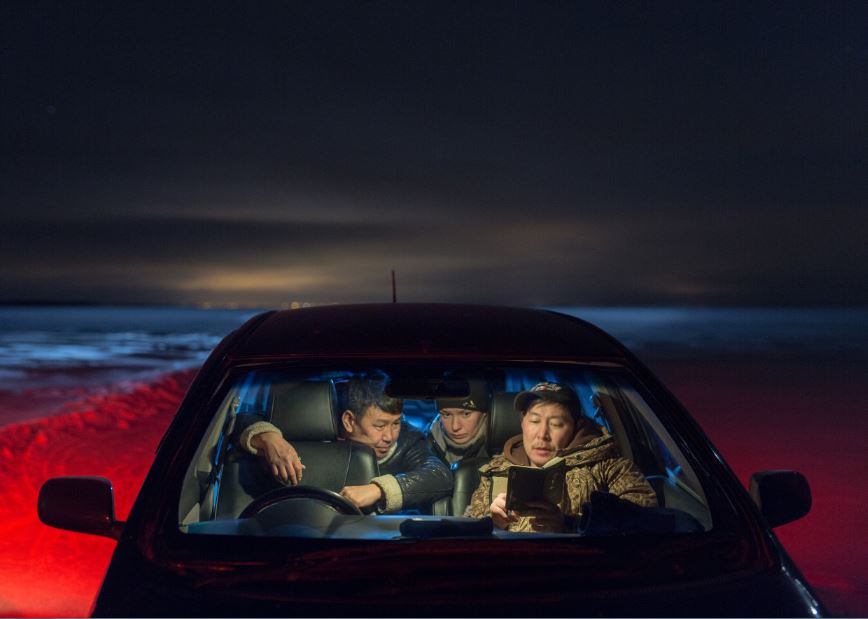 Director Stepan Burnashev (right) rehearses lead actor Fedot Lvov in Khara Khaar (Black Snow), a drama about life in the North, how relationships deteriorate due to constant competition and the desire to earn more money, and the problems of modern society, in Sakha, Russian Federation, on 12 March 2019. 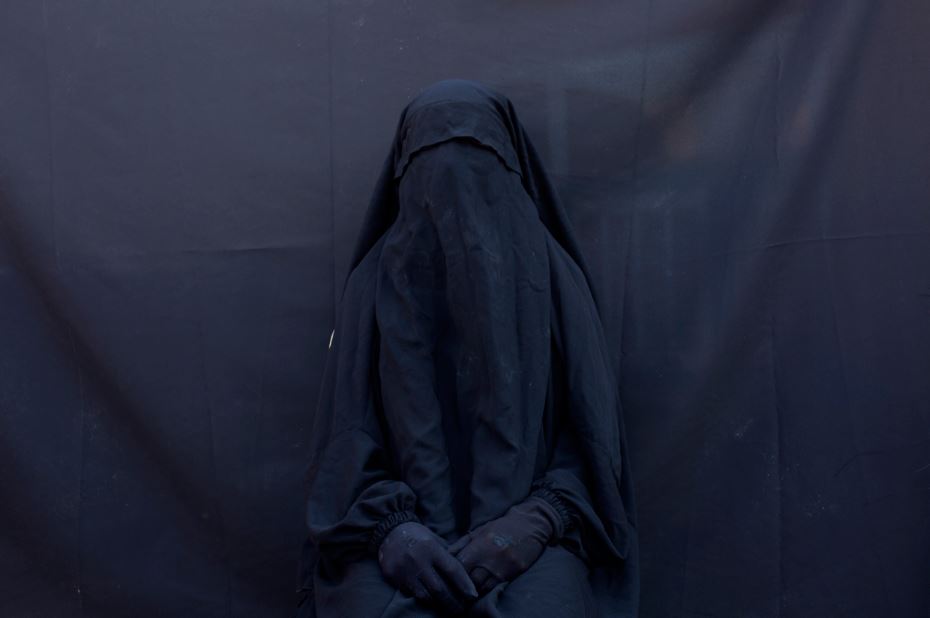 Layla Taloo poses for a portrait at her home in Sharia, Iraq, on 9 September 2019, in the full-face veil and abaya she wore while enslaved for two-and-a-half years by Islamic State militants. 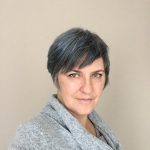 Maya Alleruzzo is an American photojournalist with the Associated Press based in the Middle East. She has worked extensively in Iraq, beginning in 2003 during the United States invasion of the country until American troops formally left in 2011. Since the Islamic State’s ascent in 2014, she has documented the group’s destructive legacy in Iraq and Syria.

Islamic State’s Yazidi Survivors: In August 2014, the group known as Islamic State (IS) launched an attack on the heartland of the Yazidi community at the foot of Sinjar Mountain, in northern Iraq. IS sees Yazidis as heretics and therefore a valid target for extermination, in their vision of a new caliphate ruled by Sharia law. From 2014 until US and Iraqi forces began liberating the region in 2017, a slavery economy operated in IS-held territory. In recent years, reports have emerged across the media of women and children handed out as gifts and sold as slaves, for a stipend of around US$50 per slave and US$35 per child. In May 2020, Associated Press reported that although some 3,500 slaves had been freed, most ransomed by their families, some 2,900 Yazidis remained unaccounted for. The United Nations has called the attacks an act of genocide against the minority group. The independent Commission for International Justice and Accountability (CIJA), which has been investigating IS in Iraq since 2015, has now built up a substantial body of evidence and first-hand witness accounts in order to construct case files that identify ranking IS members as responsible for atrocities, including genocide and other crimes against humanity. 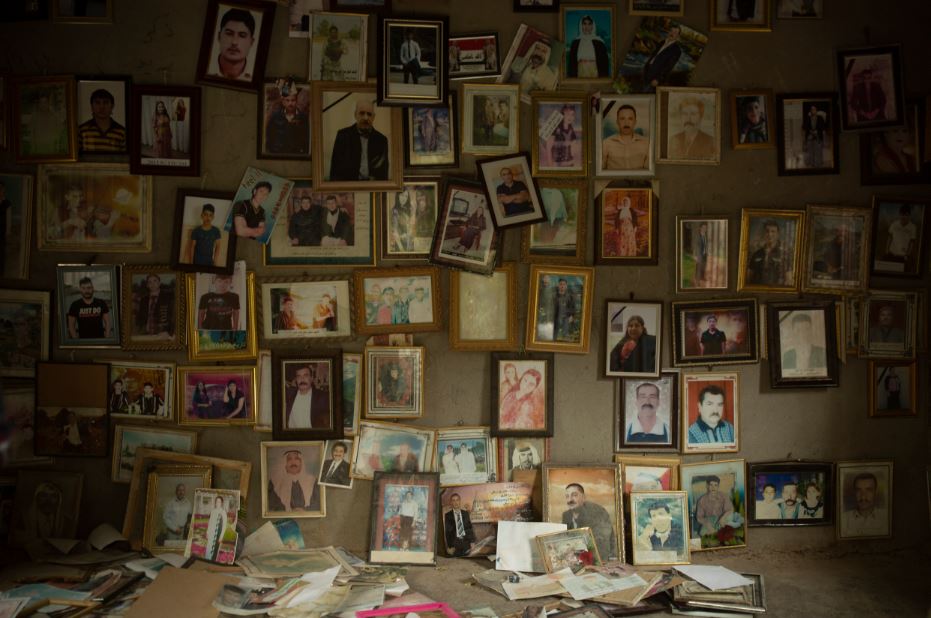 Photographs of Yazidis slain in 2014 by Islamic State militants are found in a small room at the Lalish Temple, above the town of Shekhan, in northern Iraq, on 12 September 2019. According to CIJA investigators, when Yazidis were seized, IS registered them, photographed the women and children, categorized women into ‘married’, ‘unmarried’, and ‘girls’, and decided where they would be sent. Initially, the thousands of captured women and children were handed out as gifts to fighters who took part in the Sinjar offensive, in line with IS’s policy on the spoils of war. 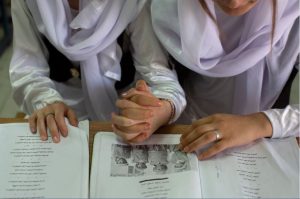 Yazidi youth, dressed in traditional clothes, take part in a program to reacquaint them with their religion and culture at Khanke Camp, near Dohuk, Iraq, on 14 September 2019. 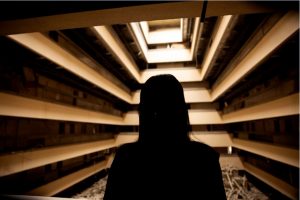 Layla Taloo visits the Nineveh Oberoi Hotel in Mosul, Iraq, on 30 August 2019, where she was once brought by her IS captor. 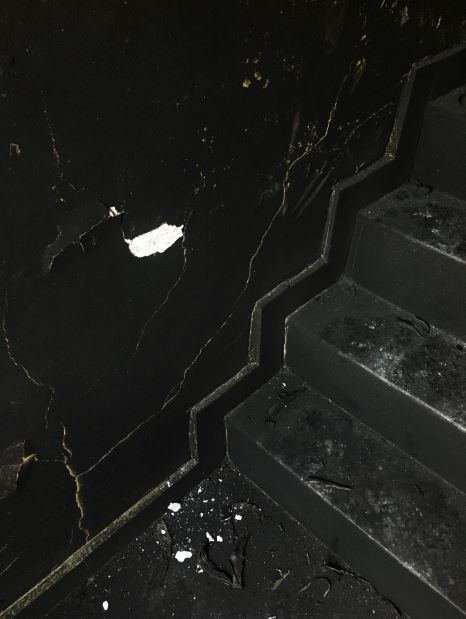 All images from this series were captured in the Shiv Vihar quarter of North East Delhi, on 3 March 2020. 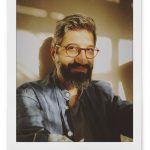 Zishaan A Latif works with different textures and  formats to challenge the preconceived notions and expectations of visual imagery. Latif’s awards and recognition include Gabriele Basilico Prize nominee in 2019 and Prix Levallois Prize finalist in 2019, amongst others. Photograph/Imtimenla Jamir

The Aftermath of the North East Delhi Riots: This project depicts properties in the Shiv Vihar quarter of North East Delhi, India, on 3 March, a few days after sectarian riots in the district. India’s National Register of Citizens (NRC), a register containing names of all ‘genuine’ Indian citizens, was first prepared in 1951 to deal with issues regarding illegal migrants in the border state of Assam. In 2019, the ruling Hindu nationalist Bharatiya Janata Party (BJP) moved that the register be extended to cover the whole of India, and on 12 December 2019, parliament passed a Citizenship Amendment Act (CAA) to this effect. The new law allowed Hindus and other non-Muslims in Assam who were unable to prove their citizenship status to be included in the NRC, but left Muslims off the registry. This sparked peaceful protests locally, which spread nationwide. In late February 2020, protests turned to rioting in areas of North East Delhi, in what became the worst sectarian violence in the Indian capital in decades. At least 53 people, mostly Muslims, were killed and property was destroyed. 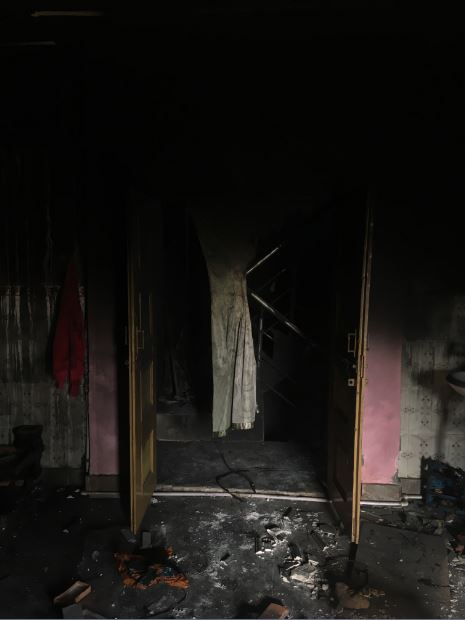 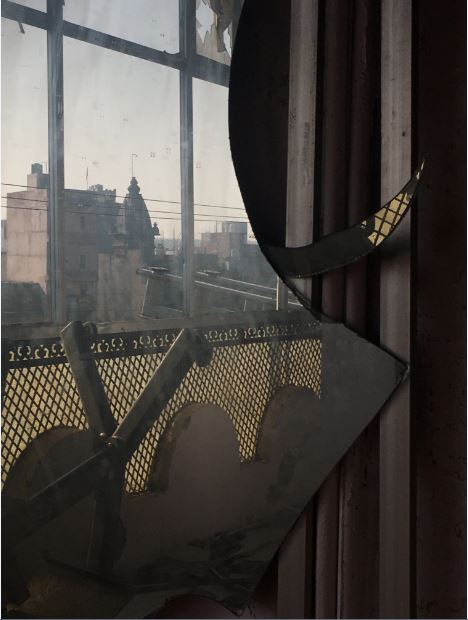 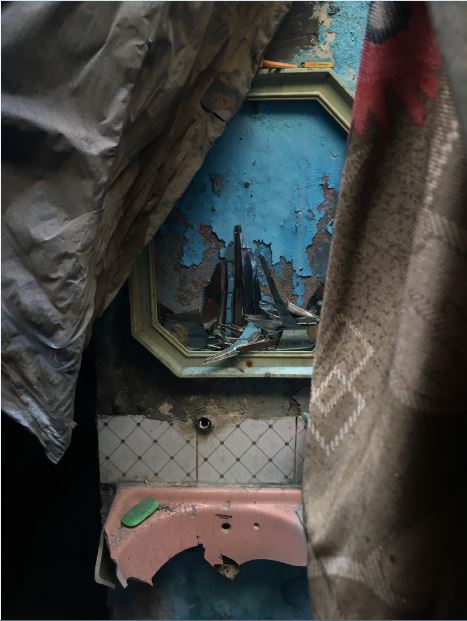