Here is a look at the films from the 64th edition of the awards.

Calling Back From Wuhan (疫中呼叫): Told through a series of recorded phone conversations, Calling Back From Wuhan gives an account of one family at the first epicentre of COVID-19. In February 2020, just days after losing both of his parents to the virus, a man and his wife also became infected. The audio clips, containing family members’ last words, speak simultaneously to an intensely human story of love, pain and loss, and to the collective trauma of a global pandemic.

This video is unfortunately not available. 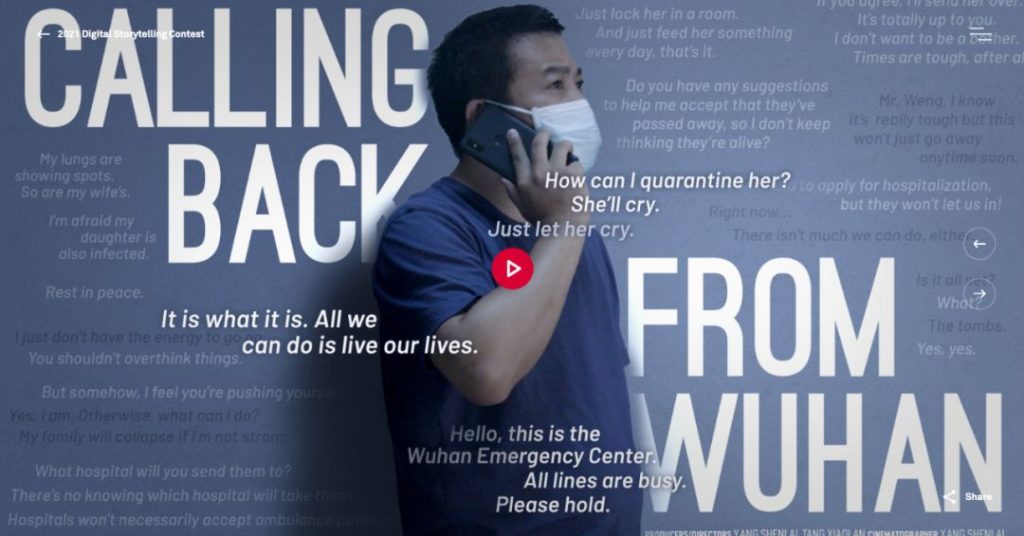 Nominees for World Press Photo Online Video of the Year 2021

A Racist Attack Was Caught on Camera. Nearly 45 Years Later, It Still Stings: It traces the present and lasting trauma of racism, even decades on. In 2019, a video clip from the 1970s of a racist attack by white children on a group of black children in New York City surfaced online. The witnesses, victims, and perpetrators were later found and interviewed–gathering many painful first-hand accounts. The resulting video is an examination of the legacy of racism in a city that prides itself on inclusivity. In a year in which the US was forced to reckon with racial inequality, this short film highlights the important historical context for this moment in time.

Blood Rider: A blood-shortage crisis and standstill traffic most hours of the day in Nigeria means that it can take over 24 hours to transport blood to patients in critical need. Joseph, one of the city’s motorcycle ‘blood riders’ can deliver blood to hospitals in under an hour. For mothers in labour, like Deborah, this is often the difference between life and death. Blood Rider is a compelling tribute to the delivery people who work tirelessly to make a vital impact.

Good Morning, My Wife in Heaven (天堂里的邓顺芝，早上好): It follows the personal story of Lao Hei, a Wuhan local, as he mourns the loss of his wife of 42 years, who passed away after contracting COVID-19. Through more than 200 personal letters written by the widower to his wife, Good Morning, My Wife in Heaven narrates moments of fear and grief experienced by Lao Hei, and many others, during the initial outbreak of the pandemic.

The Eternity of Tomorrow: For almost a century, the Mapuche—the largest indigenous group in Chile—have claimed their right to recover their ancestral lands, which have been severely impacted by state business and continuing deforestation. In response to the Mapuche’s reclamation attempts, the Chilean government criminalised collective action, and have militarised these ancestral territories, resulting in increasingly violent clashes. The Eternity of Tomorrow illustrates the acute violence against the Mapuche, and its serious and specific consequences on children and teenagers.

To Calm the Pig Inside (Ang Pagpakalma sa Unos): It is a contemplation on the effects a typhoon leaves on a seaside city. Myths are woven in to try to understand how people cope with the devastation and trauma. A girl divulges fragments of her own memory of her grandmother and mother to tie in the experiences she felt visiting this ravaged port city. A patient and poetic film, To Calm the Pig Inside gives insight into the aftermaths of extreme weather events.