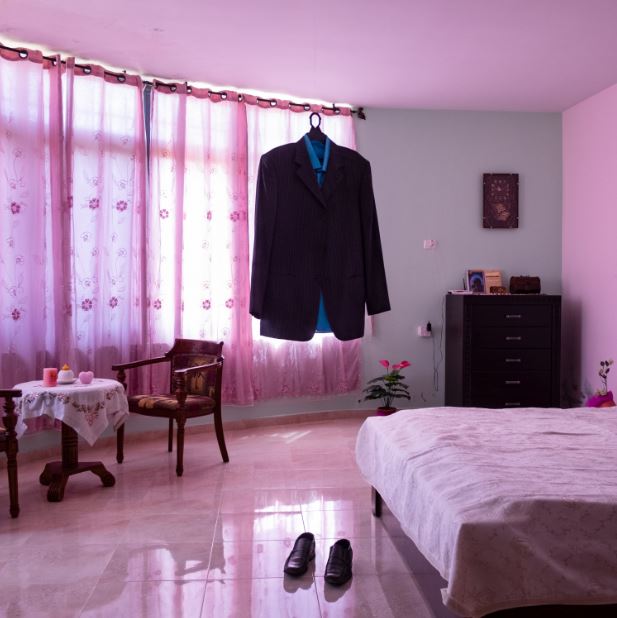 Nael al-Barghouthi’s suit remains hanging in his bedroom in Kobar, near Ramallah, Palestine, on 17 August 2015. Al-Barghouthi’s wife, Iman Nafi, keeps all her husband’s clothes and belongings in place. Al-Barghouthi was arrested in 1978 after an anti-Israel commando operation. He was released in 2011, married Iman Nafi, but re-arrested in 2014 and sentenced to life imprisonment. He has spent more than 40 years in prison—the longest-serving Palestinian inmate in Israeli jails. 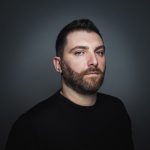 Antonio Faccilongo is an Italian documentary photographer represented by Getty Reportage. In his work documenting the aftermath of the Palestinian-Israeli conflict in the West Bank and the Gaza Strip, Faccilongo sought to unveil and highlight the humanitarian issues related to one of the world’s most reported conflicts, often shown only as a place of war and conflict. He currently works as a photography professor at the Rome University of Fine Arts and the American University of Rome, Italy. Photograph/ Flavia Spinucci

Habibi: Nearly 4,200 Palestinian security detainees are being held in Israeli prisons, according to a February 2021 report by human rights organization B’Tselem. Some face sentences of 20 years or more. To visit a Palestinian prisoner in an Israeli jail, visitors have to overcome a number of different limitations resulting from border laws, prison regulations, and restrictions set by the Israel Security Agency (ISA). Visitors are usually allowed to see prisoners only through a transparent partition, and talk to them via a telephone receiver. Conjugal visits are denied and physical contact is forbidden, except for children under the age of ten, who are allowed ten minutes at the end of each visit to embrace their fathers. Since the early 2000s, long-term Palestinian detainees hoping to raise families have been smuggling semen out of prison, hidden in gifts to their children. Semen is secreted in a variety of ways, such as in pen tubes, plastic candy wrappers, and inside bars of chocolate. In February 2021, Middle East Monitor reported that the 96th Palestinian baby had been born using sperm smuggled from Israeli prison. Habibi, which means ‘my love’ in Arabic, chronicles love stories set against the backdrop of one of the longest and most complicated conflicts in modern history. The photographer aims to show the impact of the conflict on Palestinian families, and the difficulties they face in preserving their reproductive rights and human dignity. The photographer chooses not to focus on war, military action, and weapons, but on people’s refusal to surrender to imprisonment, and on their courage and perseverance to survive in a conflict zone.

This series is also the winner in the Long-Term Projects category. 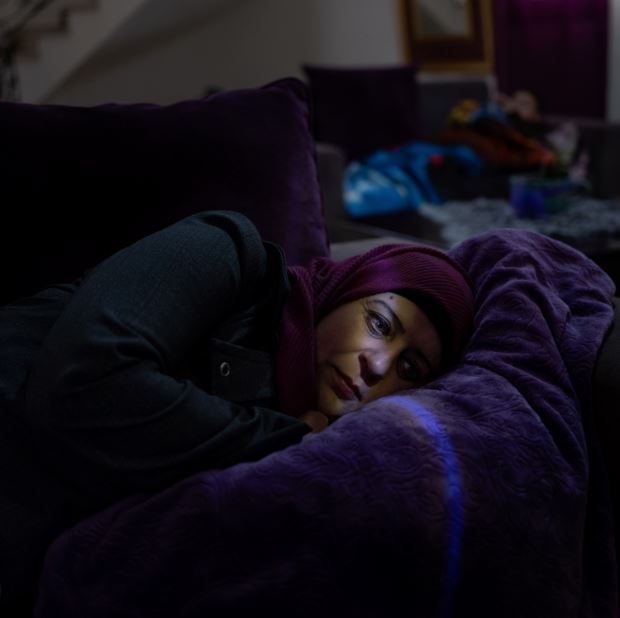 Lydia Rimawi lies on her sofa in Beit Rima, near Ramallah, Palestine, on 20 December 2018. Her husband Abdul Karim Rimawi was arrested in 2001 and sentenced to 25 years in prison for involvement in the assassination of Israeli tourism minister Rehavam Ze’evi. The couple have a son, Majd, who was born as a result of IVF in 2013. In 2014, Abdul Karim was fined around US$1,500 for smuggling his semen from prison, and deprived of family visits for two months. 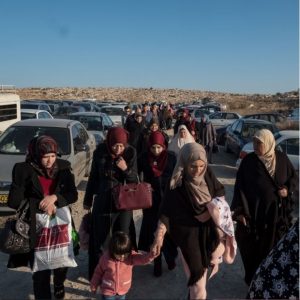 Wives, mothers, and children of Palestinian prisoners reach a checkpoint in Beit Seira, Palestine, on 26 November 2017. Many face long journeys in order to cross into Israel to visit their relatives in prison. Some have to travel on journeys lasting many hours to get to the prison for a 45-minute visit. 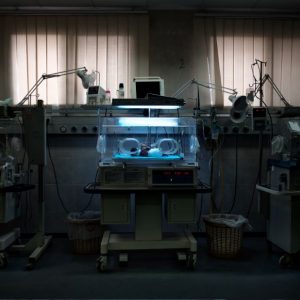 A baby born a few hours earlier lies inside an incubator at Al-Shifa Hospital, Gaza, on 18 January 2015. 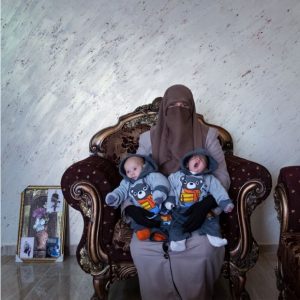 Amma Elian, whose husband has been serving a life-sentence since 2003, sits with twins born following IVF, in Tulkarm, Palestine, on 25 January 2015. 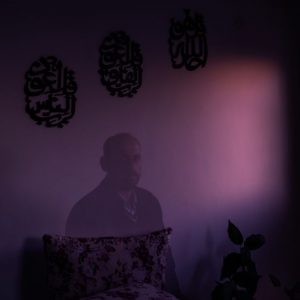 A portrait of Mazen Rimawi, a former Palestinian political prisoner and uncle to Majd Rimawi, whose father is serving a 25-year sentence, on 22 December 2019. Majd was born in 2013, following IVF. 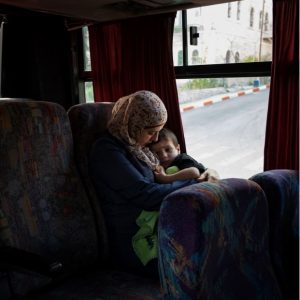 Lydia Rimawi travels with her son Majd to visit her husband in prison, on 27 July 2015. She leaves home at 5am and has to take three different buses and pass through a checkpoint to reach the prison. 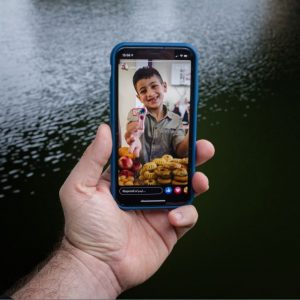 Majd Rimawi is pictured on a cell phone on his seventh birthday, on 4 August 2020. His father Abdul Karim Abdul Karim was arrested in 2001 and is serving a 25-year sentence.

Nominees of the World Press Photo Story of the Year 2021 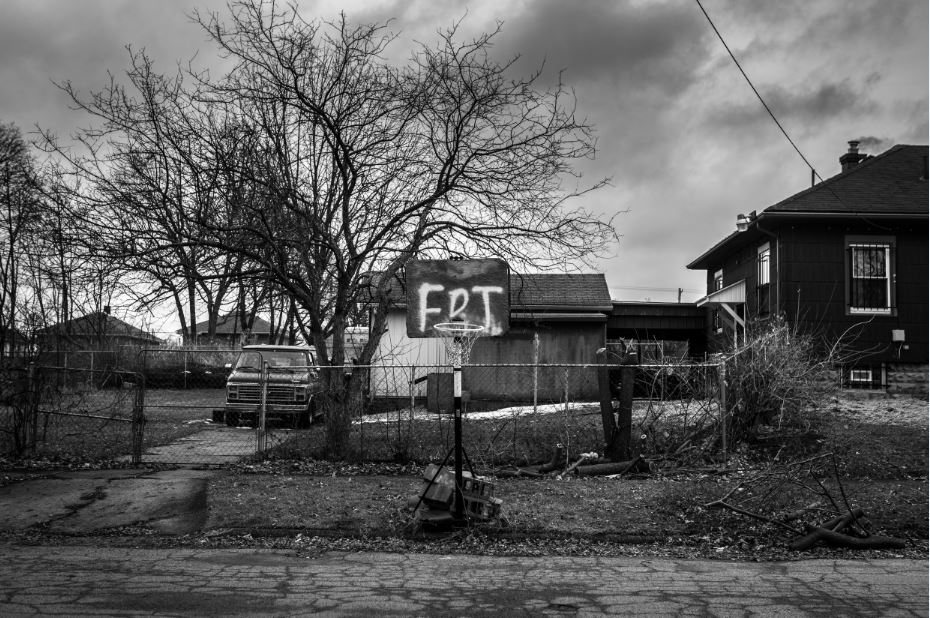 A basketball net supported by cinder blocks stands beside a street in Flint, on 25 February 2020. The board reads ‘FDT’, an acronym based on a popular anti-Donald Trump protest song. 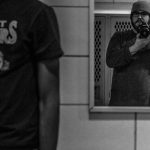 Chris Donovan is a documentary photographer and member of Boreal Collective. Inspired by his industrial hometown, Saint John, on Canada’s east coast, his work focuses on the intersection of community and industry. This area of interest has led him to work extensively in Atlantic Canada and in Flint, Michigan. Donovan works mostly on long-term documentary projects and places importance on active engagement with the communities that he photographs.

Those Who Stay Will Be Champions: The Flint Jaguars basketball team in Flint, Michigan, USA, embodies efforts to nurture stability, encourage mutual support and strengthen community spirit in a city struggling to survive. Flint, the birthplace of General Motors, is striving against outmigration caused by a precipitous decline in its motor industry, a health crisis brought about by the authorities switching water supply sources without proper safeguards, and the systemic neglect of high-poverty, predominantly Black neighbourhoods. Basketball is an integral part of Flint culture, and the city once produced dozens of big names at collegiate and professional levels. For decades, four high school teams battled as fierce rivals. Now there is only one high school in town. The Flint Jaguars were established in 2017, merging the teams of the last two schools that remained at the time. In 2020, the team fought to turn around what had up until then been a nearly winless history. By March, they were prepared to head to the division finals with an 18-4 record, having won more games in 2020 than in the previous three years combined. Their playoff run ended prematurely when COVID-19 forced the cancellation of the season. Nevertheless, the student-athletes had had a taste of collective success.

This series is also the winner in the Sports category. 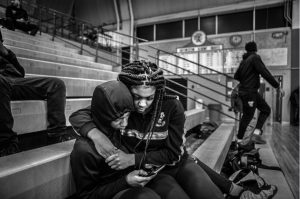 Jaguars junior Dion Brown sits with his girlfriend Lakenya Thomas as they watch a junior varsity game in a nearly empty gym, on 24 February 2020. 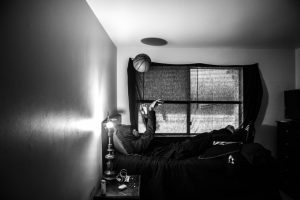 Jaguars’ player D’Angelo Mays plays with a basketball in his bedroom at home, on 27 February 2020. 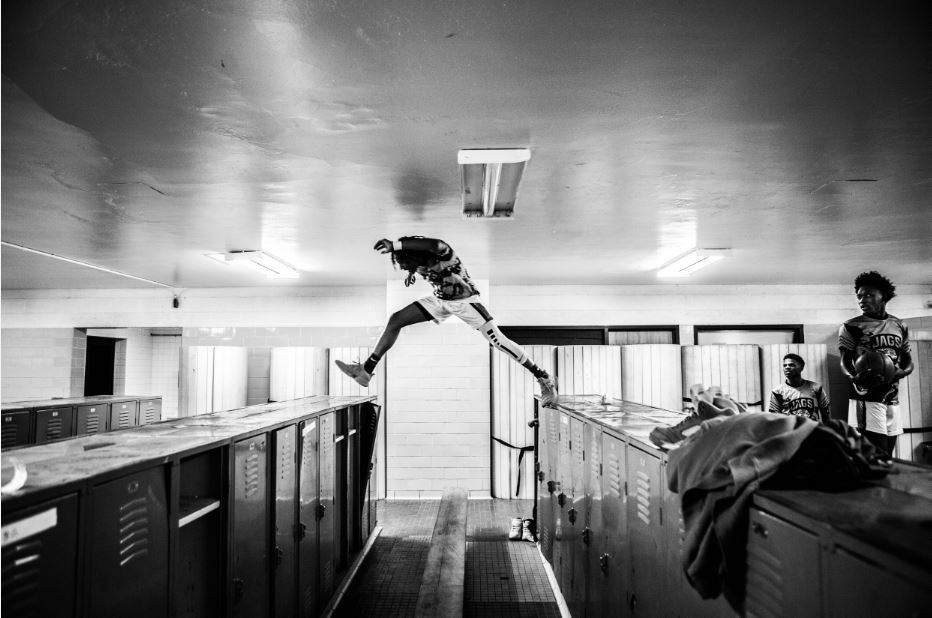 Flint Jaguars’ team star Taevion Rushing jumps from one locker to another in the team locker room before the last regular-season game of his high school basketball career, on 24 February 2020. He aims to go on to play basketball at a junior college. 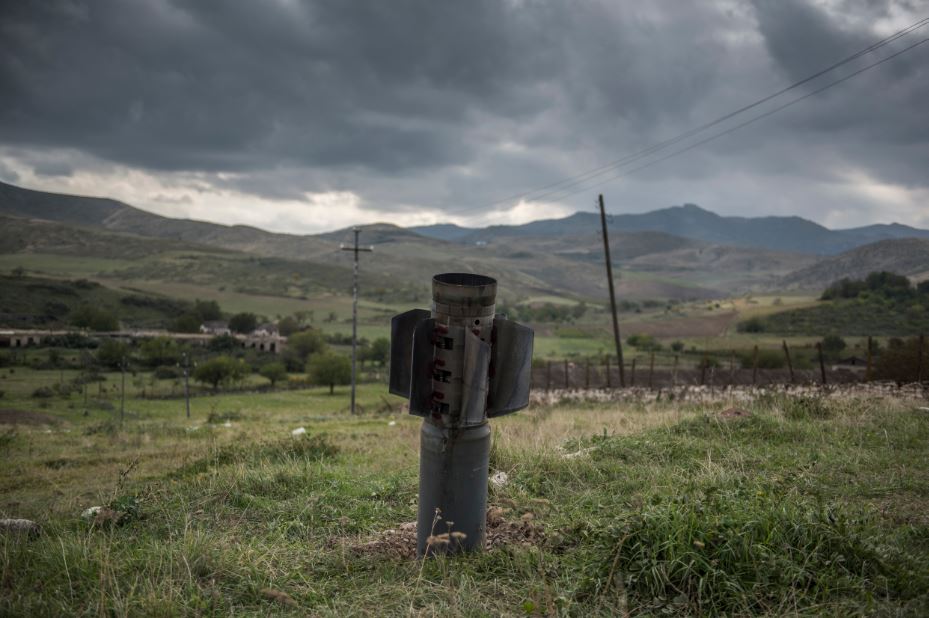 A rocket remaining after the shelling of the city of Martuni (Khojavend), Nagorno-Karabakh, lies in a field, on 10 November 2020, the day the peace agreement between Armenia and Azerbaijan came into effect. 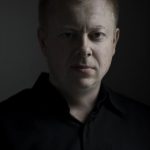 This series is also the winner in the General News category. 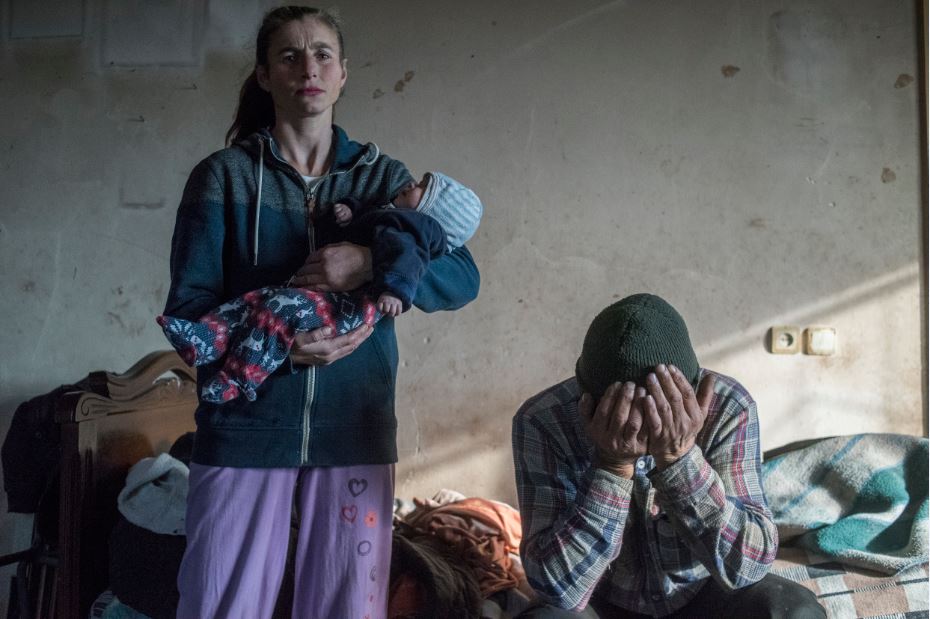 Azat Gevorkyan and his wife Anaik are pictured before leaving their home on 28 November 2020 in Lachin, Nagorno-Karabakh, the final district to be returned to Azerbaijani control following the Second Nagorno-Karabakh War. 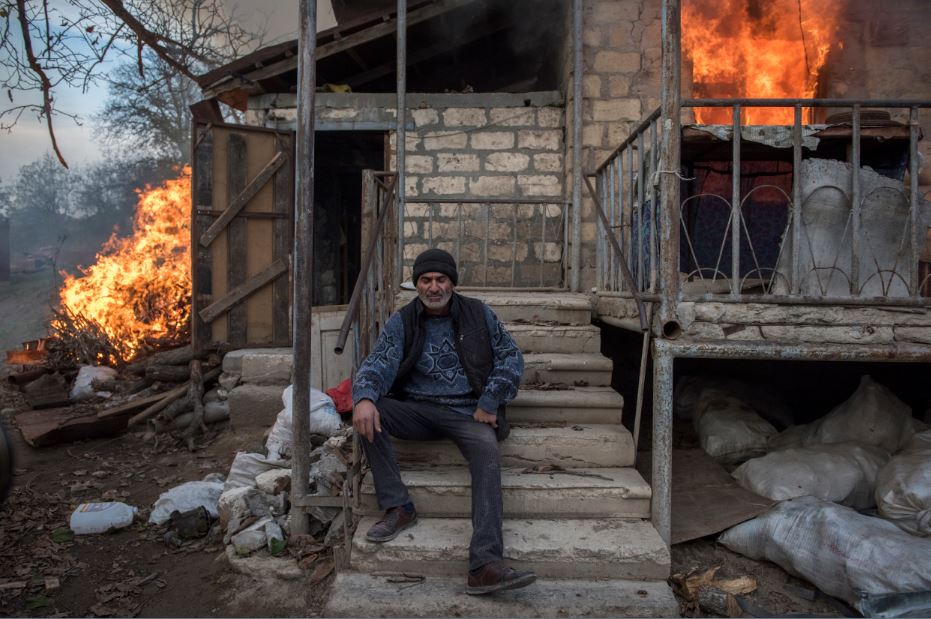 Abovyan Hasmik (69) cries at the door of her home in the village of Nerkin Sus, Nagorno-Karabakh, on 30 November 2020. 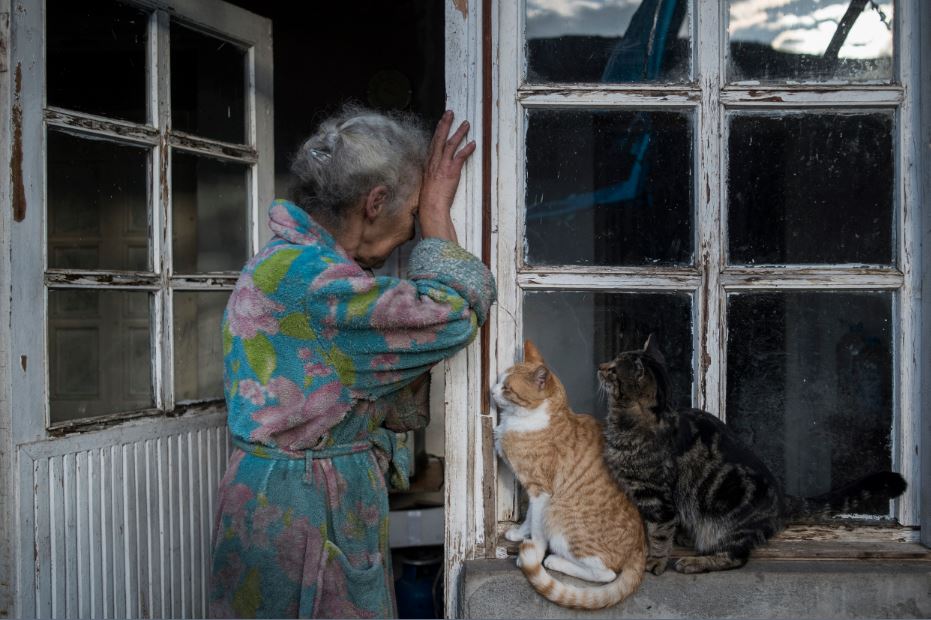 Areg sits outside a burning house in the village of Karegakh, Nagorno-Karabakh, on 25 November 2020. Some village residents burned their houses before leaving areas that were to return to Azerbaijani control following the November peace agreement.

Check out our complete series of World Press Photo 2021 articles.