Two children pause while swimming in a stream. The former General claimed that he would sometimes swim into a river, kidnap children by dragging them underwater and carry them away to be ritually murdered. Photograph/Ryan Lobo

Ryan Lobo records the journey of a former mass murderer seeking redemption from the families of his victims.

Political theorist Hanna Arendt’s phrase ‘The banality of evil’ states that great evils are not executed by psychopaths, but by ordinary people who accept the ideas of their state and think that their actions, however violent, are normal. Former mass murdering general from Liberia, Joshua Milton Blahyi claims to have murdered over 20,000 people during Liberia’s civil war. Joshua, also known as General Butt Naked, had been conditioned to human sacrifices from the age of 11 as his father was a high priest of the Krahn tribe. One day, after committing a particularly heinous crime, a supernatural fear engulfed him and he turned to Christianity. Since then, he has been seeking forgiveness from his victims, both for himself and for his former child soldiers. The General fascinates me as I am forced to think what a human could be, for worse and for better.

Ryan Lobo is a freelance photographer, filmmaker and a writer based in Bengaluru. His work has been featured in magazines like Outlook Traveller, The Wall Street Journal and National Geographic magazine, amongst others. In 2009, Ryan Lobo spoke at the TED conference about his photography to a standing ovation.

To see more of Ryan’s photographic work, you can visit www.ryanlobo.net 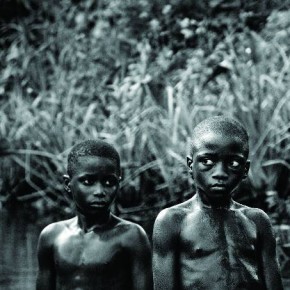 Two children pause while swimming in a stream. The former General claimed that he would sometimes swim into a river, kidnap children by dragging them underwater and carry them away to be ritually murdered. Photograph/Ryan Lobo

A man gestures at the photographer while preaching on the street. Ryan says that in Liberia, belief systems play a very important role in people’s lives. Photograph/Ryan Lobo 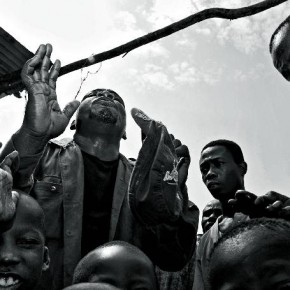 The former General speaks about his forgiveness rally to a crowd. His former fighters accompanying him confess their wrongdoings publicly and appeal to citizens for forgiveness. Photograph/Ryan Lobo 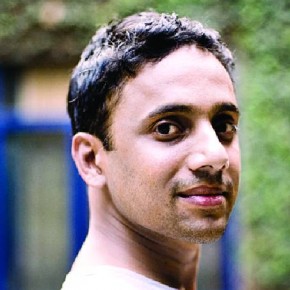 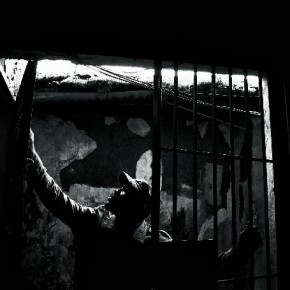 The image shows Joshua in the barracks that he once shared with his child soldiers. Photograph/Ryan Lobo 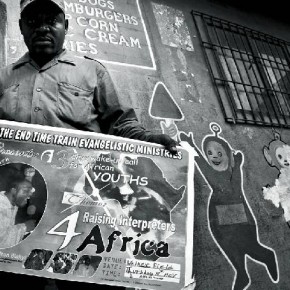 Joshua holds up a poster for his church in front of his barracks where he once murdered and tortured people. Photograph/ Ryan Lobo 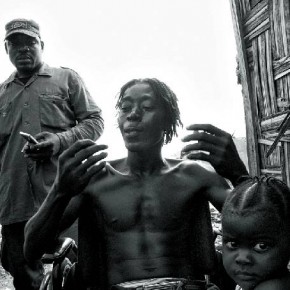 Joshua seeks forgiveness from Senegalese Johnson, once a child soldier under his command. Joshua shot him in the legs for disobeying his orders. Photograph/Ryan Lobo 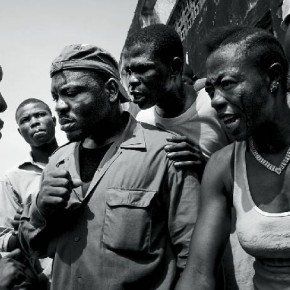 This slum is populated by Joshua’s ex-child soldiers and some of his victims. He pauses during a tense moment. Photograph/Ryan Lobo 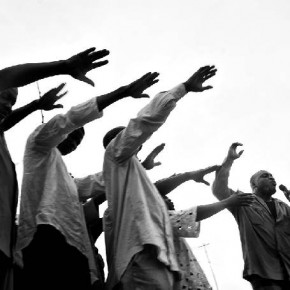 At a forgiveness rally, Joshua delivers a sermon with his former fighters and child soldiers, urging society to accept them. Photograph/Ryan Lobo