Taken from a camera suspended on a kite, six weeks after the 1906 San Francisco fire and earthquake, this image is one of the most famous aerial photographs. Photograph/George Lawrence

Ambarin Afsar takes you on a soaring tour of the earliest known aerial photographs taken from planes, kites and even hot air balloons!

Fasten your seatbelts as we take you on an airborne journey into the world of photography. Let us ask you… how many times have you looked out of a plane and admired the landscapes whizzing past you? Has this bird’s eye view not made you feel like you have the best seat in the theatre of the world? Did you know that aerial photography is as old as photography itself?

Elsewhere in the world, one John G Doughty, an American photographer, was invited to fly in a balloon over Connecticut, USA in 1885 to make pictures for mapping purposes. Contrary to Tournachon’s brave exploits, Doughty was greatly afraid of leaving the earth and relieved when the ascents were delayed. Yet, he said, “… the paralysing fear felt at starting was entirely lost before we had risen one hundred feet…”

From Balloons to Kites
Three years later, Arthur Batut, another Frenchman, made use of a kite to shoot an aerial photograph of Labruguiere, France. The technique used by him was simple and became a sensation—the camera was fixed close to the kite and its timing was controlled by a slow-burning fuse that was lit when the kite was launched. An altimeter was used to record the altitude of the kite, thus making it possible to scale the image. Such unmanned kites had applications for agriculture, archaeology as well as military reconnaissance.

A Lucky Escape
Batut’s efforts inspired explorers to make trains of such unmanned kites to carry heavier apparatus. One such person was George R Lawrence, a commercial photographer from Illinois, USA. Lawrence began aerial photography by using ladders and high towers, however, he gradually shifted to hot air balloons and kite-trains. On one such flight, when he was more than 200 feet above Chicago, USA, the basket separated from the balloon! Lawrence and his camera pummelled to the earth! However, telephone and telegraph wires broke his fall and he made his way back to the skies. After this lucky escape, Lawrence developed a method called the ‘Captive Airship’ that would use trains of nine kites and would keep a moving slit panoramic camera steady in varying wind conditions.

1..2..3.. Blast off!
While hot air balloons were proving to be risky for Lawrence, rockets were used before planes to make aerial photographs, Not just this, the Swedish inventor, Alfred Nobel made the first successful photograph from a rocket-mounted camera. Later, in 1906, Albert Maul, a German inventor, found a more reliable method that used compressed air to propel a rocket. His camera took a photo from 2600 feet before being ejected and parachuted back to the earth. In 1909, Wilbur Wright, of the Wright Brothers, who invented the first plane, was in Italy as he was marketing planes to the Italian government. This is when he carried a passenger who took motion pictures of a military field at Centocelli, near Rome. A US Airforce pilot took this image which shows a Dragonfly preparing for a low-level firing mission at dawn. Photograph/Sergeant Bob Simons

Alpha, Bravo, Charlie… Photography!
Most armed forces had been closely following the rise of aerial photography. During World War I, aerial photos soon replaced sketches. The battle maps used by the Allied Powers as well as Central Powers were produced from aerial photographs and by the end of the war, both sides were recording the entire front twice a day.
Cameras began to be produced specifically for use in airplanes. Though shutterspeeds and stability were a problem, Sherman M Fairchild, an American pioneer, developed a camera with a shutter located inside the lens. This design was a significant improvement and became the standard for the next 50 years.

Not Just Any Messenger
Initially, homing pigeons were used as postal as well as war pigeons. In 1903, Julius Neubronne, a German apothecary developed a miniature camera that weighed 70 grams and could be fitted on a pigeon’s breast with a harness. These cameras took automatic exposures every 30 seconds. Ultimately, the Bavarian Pigeon Corps used them to make aerial photos.

The wars improved aerial photographic technology so much so that photographs taken at 15,000 feet could be blown up to show footprints in the mud.

From World War II to Lunar Expeditions
During World War II, more sophisticated photo techniques were developed. Years before Normandy’s beach was decided for the D-day, photo interpreters had been watching the whole shoreline of northern France. They knew every gun placement, every wire entanglement and every trench system. Thus, aerial photography played a crucial role in the success of the largest seaborne invasion in history.

Later, the cameras created by Sherman Fairchild were also put on the spacecrafts Apollo 15, 16, and 17 meant for lunar expeditions, to map the moon. Since then, aerial photography has come a long way and is used for a variety of purposes—ranging from agricultural, social and governmental—and continues to enrich the human race. You can now unfasten your seatbelts. We hope you have enjoyed your journey. Over and out. 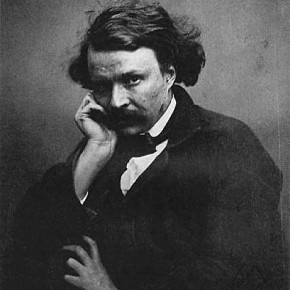 Gaspard Tournachon: French photographer and balloonist who made the first aerial photograph using the collodion process.

Arthur Batut: This Frenchman was the first person to take an aerial photograph using an unmanned kite.

George R Lawrence: American photographer who was among the first to create a train of kites for cameras. 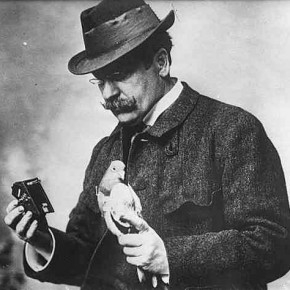 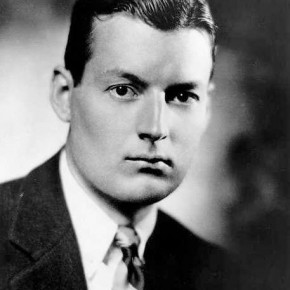 Sherman Fairchild: An American pioneer, who developed a camera with a shutter located inside the lens.